I had not written up this blog when it happens. So, here I sit in 2019, trying to put words to pictures. Man, this feels like a lifetime ago. So much has changed in my life and how I spend my time, and what I want to do with the next 10 years. I no longer run the Adventure Travel company, but have ventured farther and farther out in my personal travels, and big things are on the horizon.

Anyway, this was a trip to Ft Lauderdale. I was just trying to get the travel business off the ground and going with the guys on each first trip in a new location to iron out the details so it might run seamlessly in my absence in the future. I flew in a couple days early and my college friend Ray was kind enough to give me access to his brother's place near the beach. 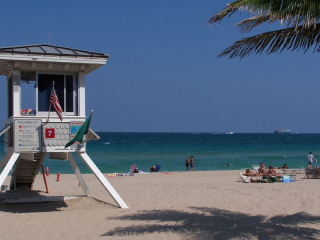 I put the guys up in an Embassy suites because at that time the hotel would have an open bar in the afternoon. It was a little off the water but I liked the package they provided. The guys got in, and actually 3 came in a day early. 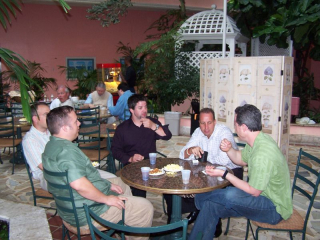 I took them on a Thursday down the A1 and went to Hooters, The Elbow Room and Blondies. I really like Ft Lauderdale. It is much more my speed than Miami. I could care less about the fake people and the fancy hotels and clubs. Although I do like the Art Deco section and the restaurants along the street in that area. 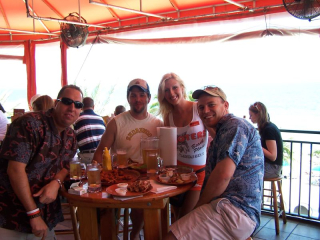 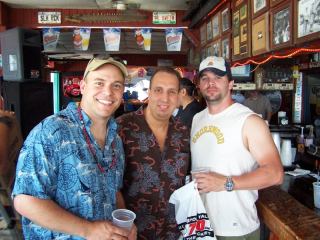 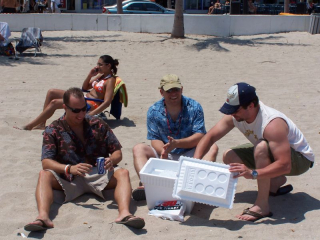 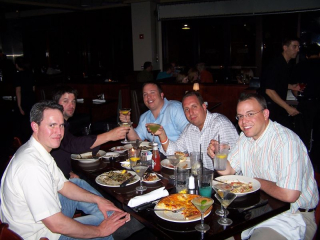 The next day they all arrived and we went to a dinner on the inter-coastal. It was in a little bar district down La Olas Blvd. The restaurant was called the Palms. I doubt it or the district is still there. After dinner we had drinks at Tarpon Bend Bar. One of the guys really got into the head banging. From what I remember he was a strange cat. 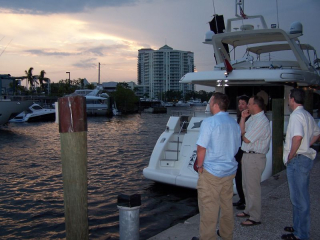 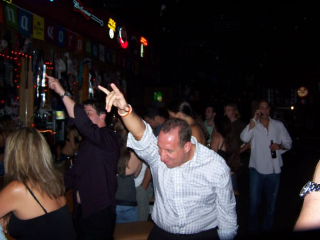 The next morning we chilled on the beach before a 12pm charter fishing. With all these trips I had to learn the hard way that bachelor parties and fishing dont work. They inevitably drink too much the night before and the ocean swells just make them all puke and ruin the day. 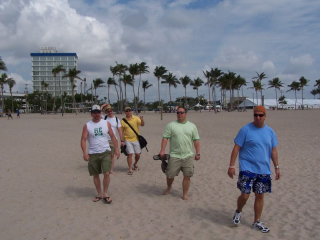 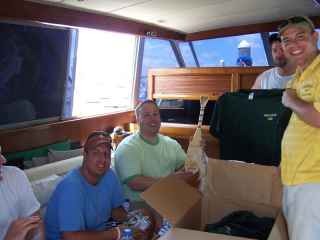 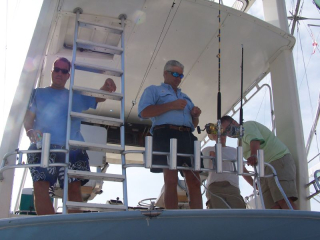 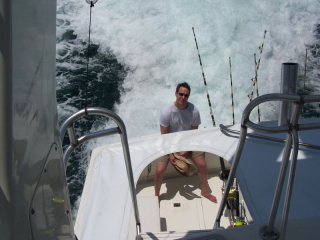 Just like Miami we did not catch any fish. I had bad luck with the catching of fish in addition to the sea sickness. I shot this picture of a Hammerhead from a neighboring boat in the marina. 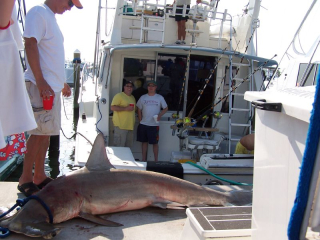 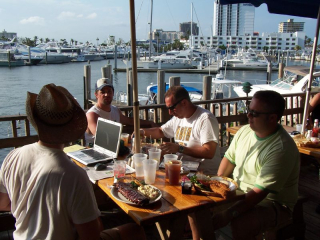 After fishing we had drinks at a cool bar/hotel near the marina. I cant remember exactly what it was called, something Bahia Cabana. It looked like a wild place back in the 80s and 90s, but it was in rough shape.