This trip was a small group of 5, all of whom went to school together at LSU back in the day.

I decided to go in on Thursday to Chattanooga TN to check out some of the natural scenery. I drove up Lookout Mt, which is a famous Civil War landmark. After walking through gaps in boulders about 2 feet wide at the top of this mountain, I came to an open area with a spectacular view of the surrounding area. Reading a plaque along the railing, I came to find that you were actually able to see 7 states from this ledge. I had to take there word for it as none of the states were color-coded like they are on the map. (That was a joke)

Anyway, when I got back to town, I was hoping the minor league baseball team would be playing that weekend as the stadium was awesome, but it was not to be. Long gone are the days of plywood centerfield walls with outfielders running through them to catch a fly ball. 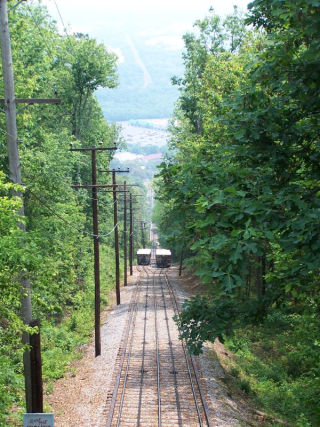 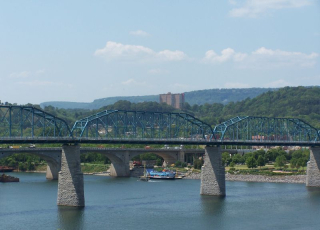 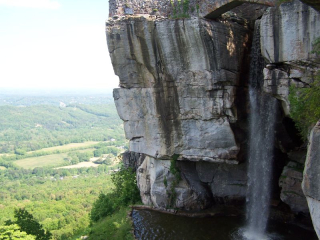 The guys got in Friday and we got some dinner and hit some bars. Chattanooga is by no means a bustling metropolis, but as I like say, it has enough spots to get into trouble for a weekend, but after that you probably will get a little bored.  We hit all the clubs and bars and toasted the group before it was back to the hotel for an early rise for rafting. 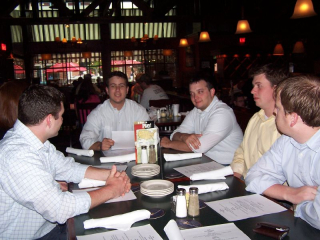 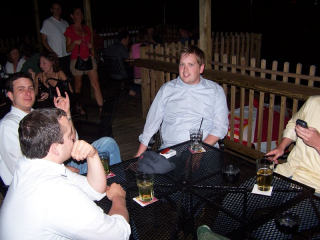 No problems getting everyone in the shuttle and out to Benton TN for rafting on the Ocoee (pronounced O-KO-E). The views were great along the river and afforded plenty of opportunities to jump out and float the river. This river is actually the river that the Atlanta Olympic Games held the Kayaking events. Many of the world-class kayakers train here...but these guys were not ready for any Eskimo Rolls on this trip. 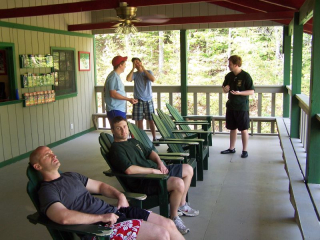 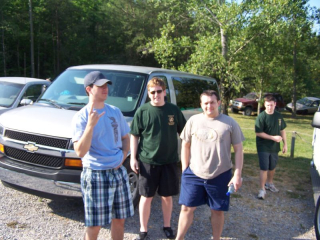 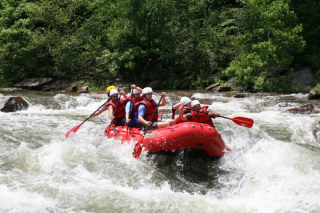 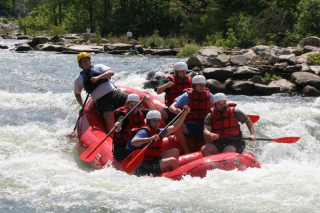 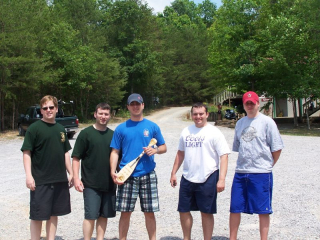 After finishing the trip we hung out, grabbed some pictures and headed back to town. Although camping was an option, I think these guys had a deep appreciation for a warm bed and indoor plumbing, which was not a problem.

The group was really mellow and instantly made me feel as one of the gang. I enjoyed the weekend and hope to be back soon.