I think We will Need a Bigger Boat

I will try and avoid all the obvious Jaws references, or at least keep them to a minimum. I flew in on a Thursday and after meeting my brother, headed down to South Beach to check out the scene. Weather was nice, little did we know that 1 day after we left that a hurricane would hit the city. Actually the evacuation orders for the Keys was given on the day of departure, but as i said the weather was good for us.

We had dinner at one of the many restaurants along Lincoln Ave and headed back to the hotel to await the crew from PA.

The following morning they started flowing in, most coming from Pittsburgh, with others coming from a few random cities, 13 in all. This group featured a few dads, uncles and friends and even a few from the brides side.

Once they all checked in, we boarded the shuttle to an hit a few bars along Ocean Blvd. before dinner. 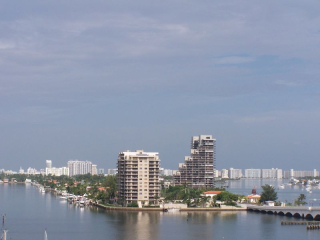 After checking out the view from Clevelander, be walked over to dinner, where we had a private room waiting for us at an upscale Argentinian Steakhouse. We had the Steelers on the projector and barbecues on the table. After offering some toasts we then moved over to Mangos, where the salsa dancing is out of control. 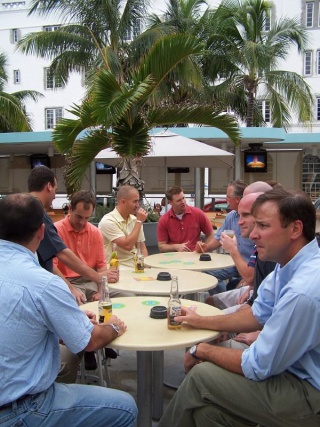 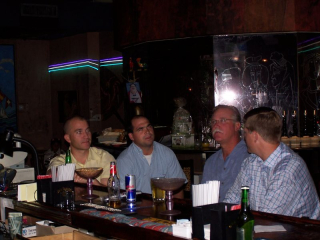 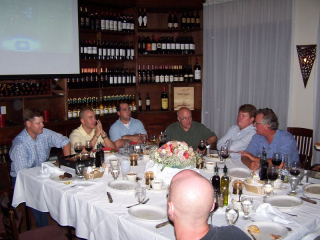 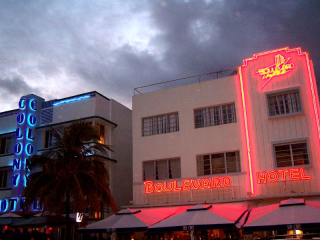 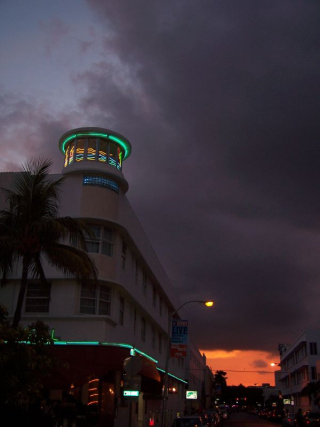 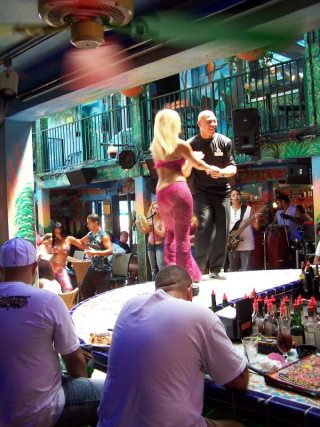 Unfortunately one of our crew had a bit too much to drink at dinner and that shut down the party a bit early. Some of the guys kept going while a few of the elder crew headed back to the hotel to rest up for the fishing.

The next day we boarded the boat, and headed out for another beautiful day in Miami with attempts to catch a Hammerhead, Thresher or Mako.  First we had to catch the bait. It took us awhile, but we eventually hooked 4 Bonitas and set our lines for the Shark.

Unfortunately, even after one of our group tried to help out by personally chumming the water, we came up short, had a great day on the boat.

After we got back, everyone cleaned up and headed out for another night on the beach. After dinner at Smith & Wolinsky, the crew headed into the club at Amika. All I can say is, you pay for the view as a round of drinks at these clubs will send you running for the ATM. 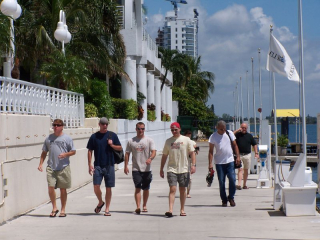 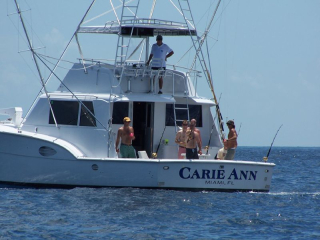 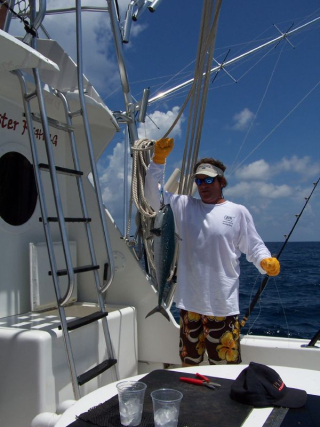 The next day everyone headed back to PA. Even though we missed the Great White, everyone had fun, most importantly the best man.

It is a nice place for picnic. You all looks so happy. I travelled on cruse once in my life. It was such a memorable picnic for me and my family.

It is good to trip with the family on cruise. It was so exciting moment for all of you. Thanks for sharing with us.

I like fishing so much. I think you must buy a proper fishing boat if you want to fishing properly. I am always going for fishing in my holiday.