Milwaukee, More than Just The Home of Beer

Milwaukee was the site for this party, and we had some big farm-feed goliaths in the house. Just to drive that point home, these fellas were semi-pro football players with daytime jobs as bail bondsmen..ouch. 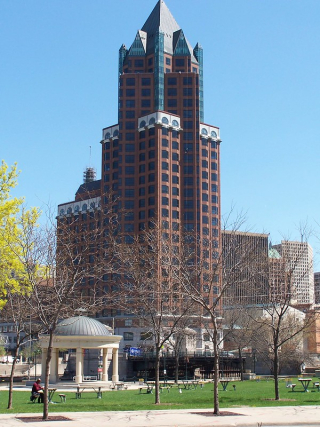 I came into Chicago and stayed with some friends from college before heading up to beer city USA. The guys came in Friday afternoon and we dropped our stuff off in the rooms and hit the city. It was a great day weather-wise and Milwaukee is an awesome place to be to party. There are about 30 bars all within a few blocks of each other. 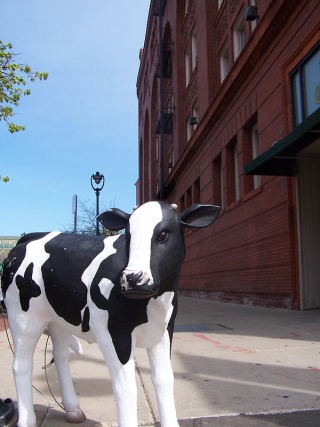 We started out the night at a traditional German-style restaurant. It was pretty cool, reminded me of Chevy Chase in European Vacation. We had our own room, with crazy implements of war littering the walls. The food was good, the highlight were these little fried Rueben rolls. 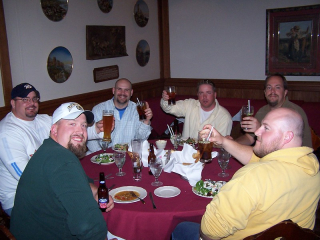 A few restaurant patrons kept walking by our room, and I asked the waiter why they kept looking in. It turns out they thought the guys were on the Green Bay Packers. I of course had to run with that and talk to the people about why we were down here and how I was wining and dining them to try to get them to sign with the club for the upcoming season. The fans wanted pictures, but I kinda felt bad at that point...I know...I screwed up.

After Dinner we made the circuit. Starting out in the historic district of Milwaukee, celebrating beer in the gardens and then heading over to a few college hangouts (Marquette University located in the city). We stumbled home around 3am and got a few hours before getting up early for fishing.

It was a bit wet on Saturday, but everyone was prepared and we hit the marina around 10:00. There were fish everywhere. The guys had no problem hitting their limit and spent the remainder of the afternoon drinking and messing around. 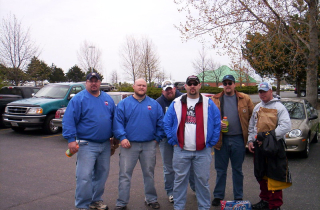 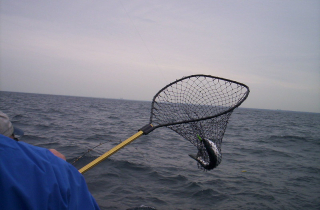 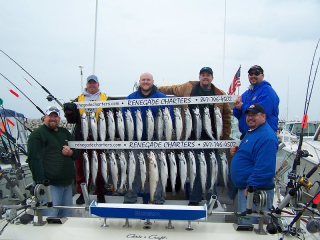 Once they got back to the marina, I met them at the dock and we went indoors to grab some Dinner at the Tropics. Pretty funny, all these fishermen telling stories, I thought that was just in movies. The Tropics was going to get lively later, so I checked them into their house for the night we got some cards on.

Guys were pretty beat and never got out of bed to go out. They woke up the next morning and headed home. Another successful trip for Adventure Bachelor Party, which is a good thing as these guys were the most physically intimidating crew I have come across to date. 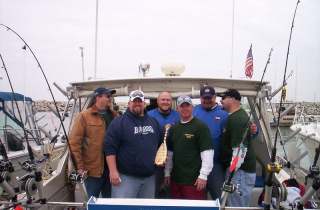