« Milwaukee, More than Just The Home of Beer | Main | Hiking the Potawatomi Trail »

This trip starts in San Diego (I will resist the urge to tell you what Will Farrell thinks that name means in the movie Anchorman). Everyone flew in on a Friday afternoon, checked in the St. James in GasLamp and did a little tour of Old Town.

Old Town is a small neighborhood near Downtown San Diego that is as authentic Mexico as a US tourist trap can get. I thought I would get the guys ready for the real thing with a transitional area where they could practice 5th grade Spanish without the risk of insulting the locals and ending up in an Mexican prison.

After dinner we hit GasLamp and took in the sights and the  sounds of the bars and clubs. It was an early night for me as I had to make sure we made the shuttle to Mexico in the AM. 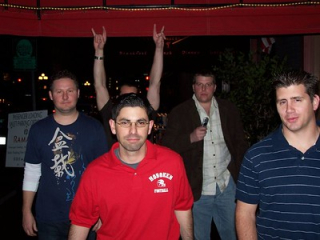 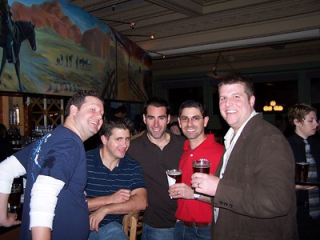 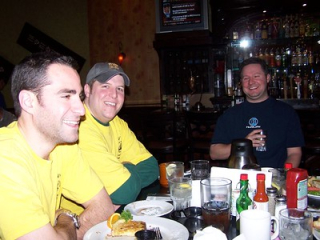 There was no checkpoints going down to Mexico, and I thought that was strange until I realized...why would anyone need to sneak anything into Mexico?

We hit the Baja beach and spent the next few hours learning the art of high performance off-road ATV. I went off course for a bit  and found myself riding in the surf (see image on left). I also found a way to flip the vehicle a couple times causing some serious bruising that would not show up until the following week. Those guys on TV that launch these things airborne and do some sort of Superman move...they make it look easy...don't try it...it hurts. 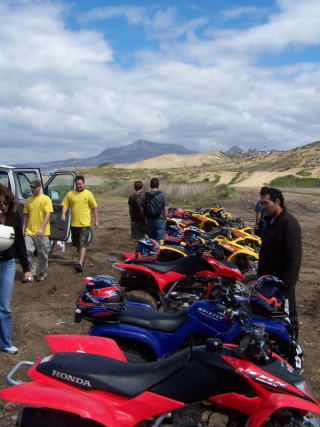 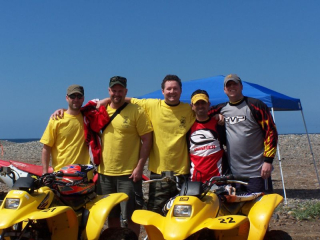 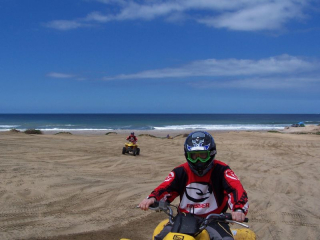 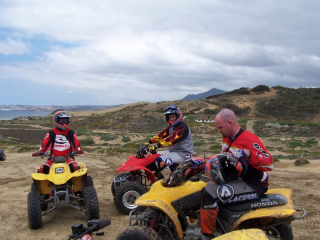 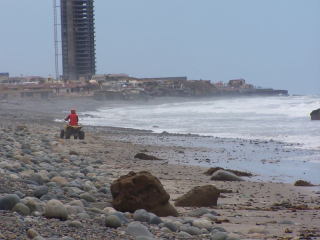 After we became masters in our own minds, we hit the highway (very scary) and went to an authentic Taco stand, a bit better than "Toxic Hell" (Taco Bell to the layperson). Following lunch we hit the mountains, where the trails were rocky and the views were incredible. One of the guys said that he was out of control and close to death about 30% of the time...I figured that was about right. I tried to blaze through a puddle and hydroplaned about 5 feet and promptly fell off and was soaking wet (I was slowly losing respect as the "Adventure Guy" with every minute). 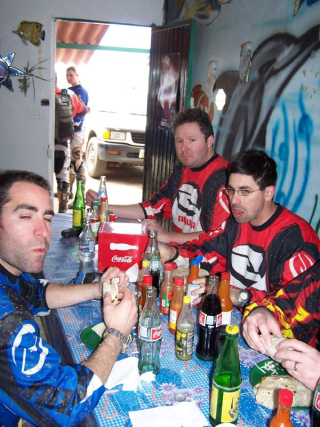 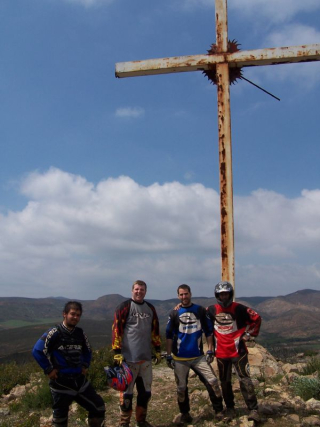 We survived an incredible day and checked into the resort before meeting up with our guide, Marcus, for lobsters on the beach at Villa Ortega. The view was incredible and staying down here forever, leaving all our corporate troubles behind, did not seem so bad. We asked Marcus what he did when not riding. His response: "sleep"...and we all just nodded. It was one of those moments where you wanted to ask him, how he bought things and why he did not work more and he might answer with a simple, "Why?" And you would realize Marcus was smarter than you originally thought. 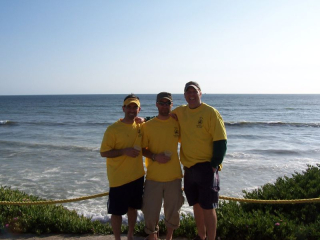 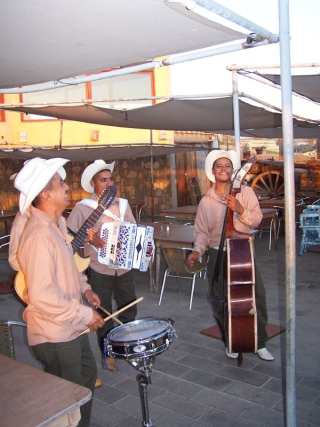 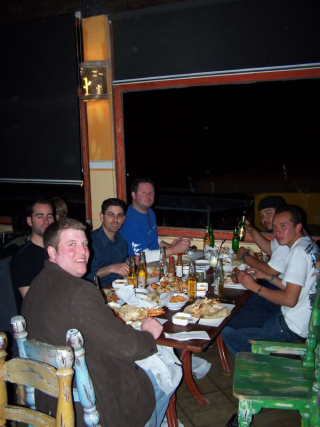 That night we were all pretty tired and just sat in the hot tub all night drinking Mexican beer and reliving our day (no one drinks Coronas).

Truly one of those unforgettable trips. One where you come home and try and tell someone about it and you get frustrated because you just can't convey the experience in words or pictures.