This is the final stop on the tour.

It has been brief but I enjoyed my stay in Canada and found all the people, even the French Canadians, very friendly. I drove up the 3 hours to Quebec from Montreal. It was very cold. I was about equal with the tip of Maine at this point. Here are some shots just outside the Old City that is walled in along the shore. I did not have snowshoes and fell through up to my knees multiple times. I also had a tough time getting up some hills with the car. Often I had to slide back down and come back around the block with a running start, ignoring all traffic signals. 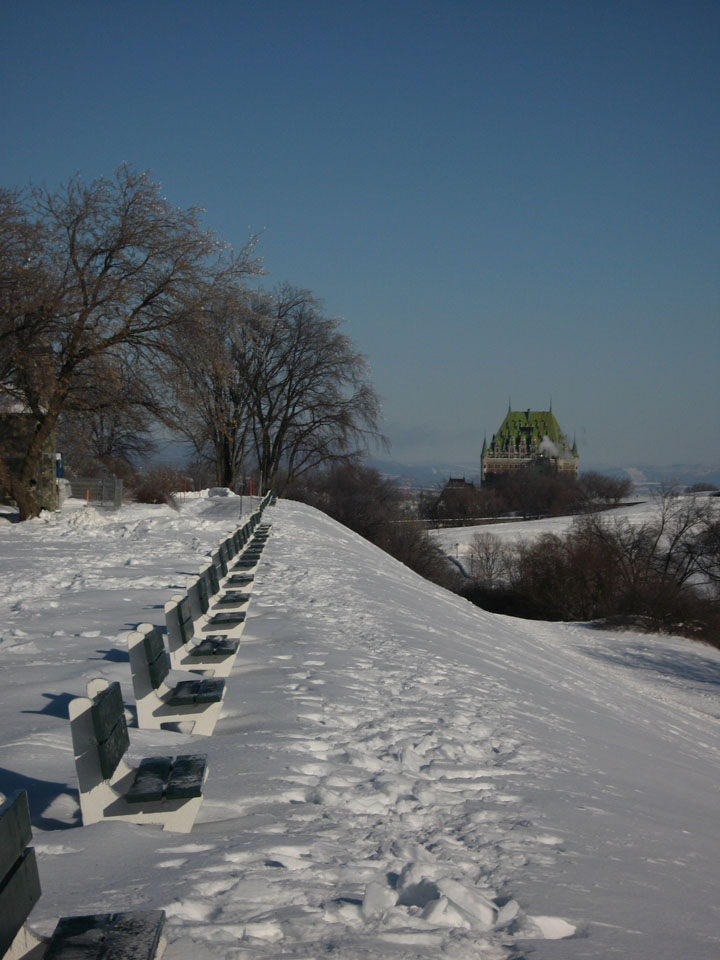 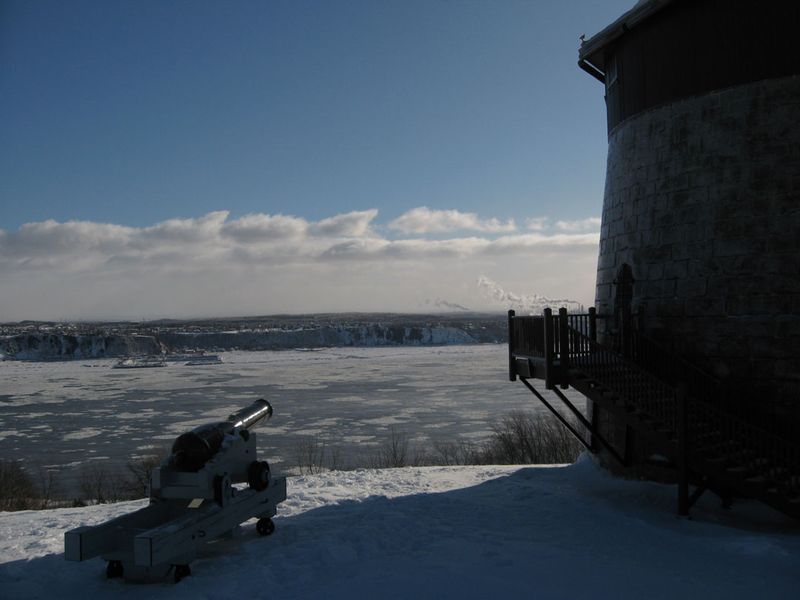 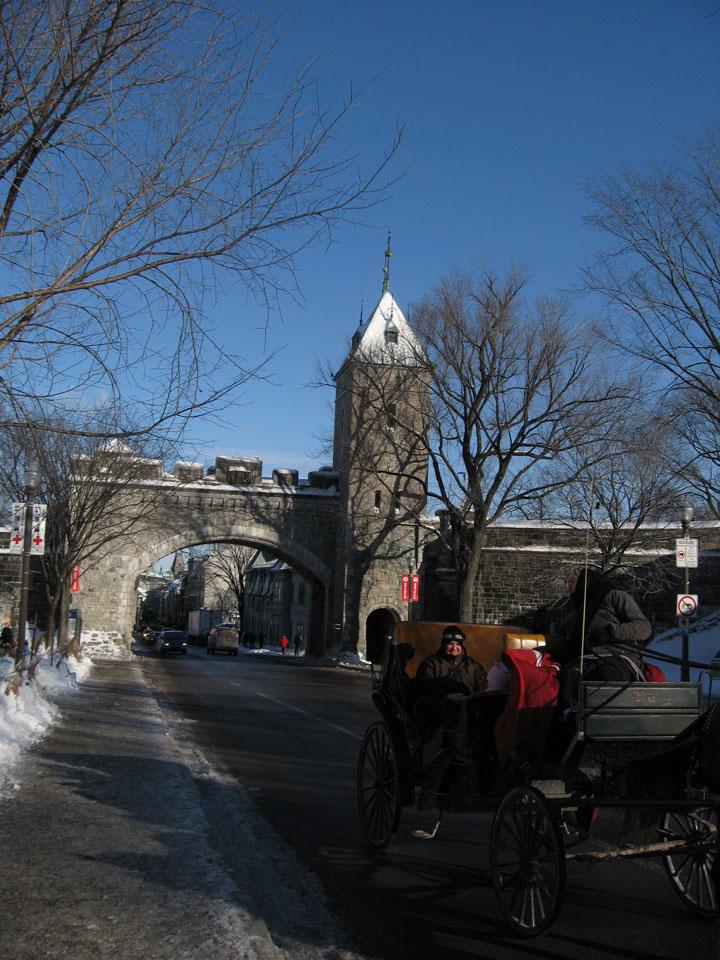 Here are a few shots I snapped walking along 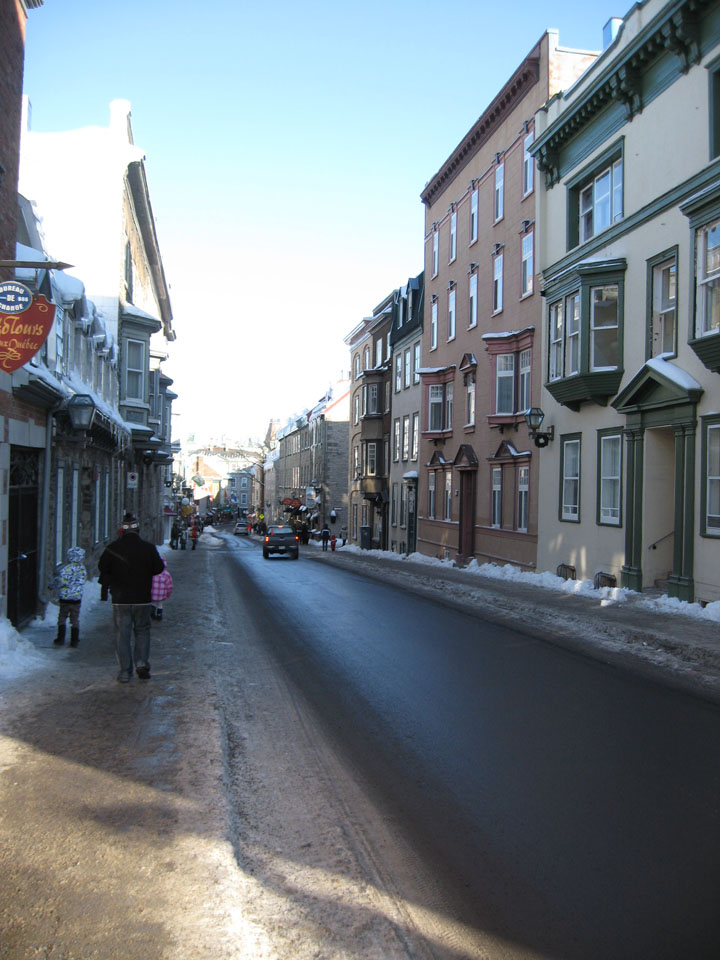 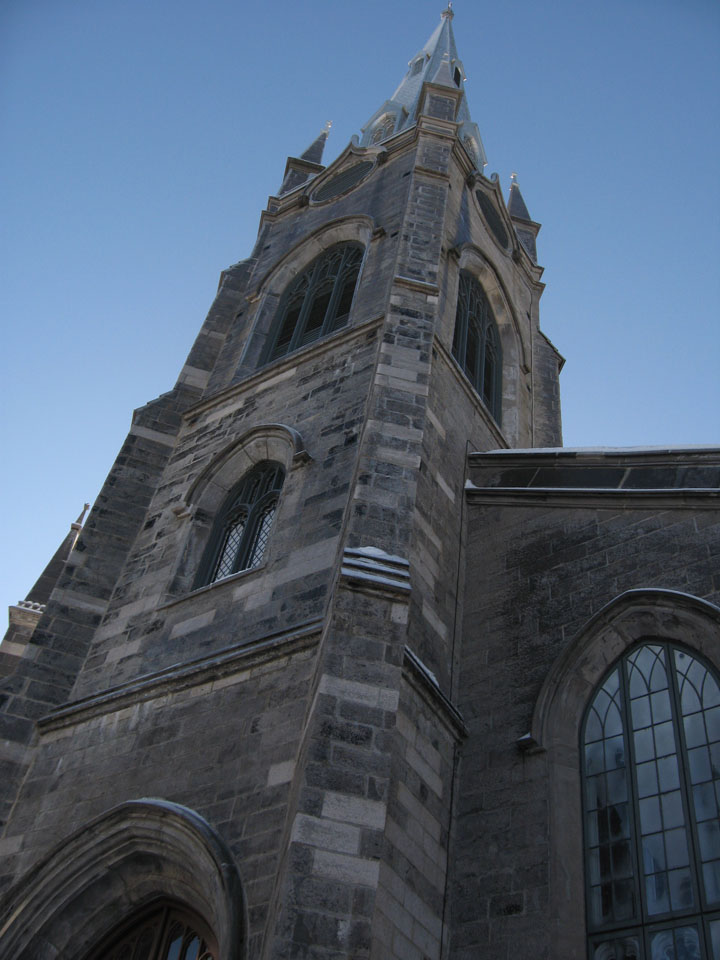 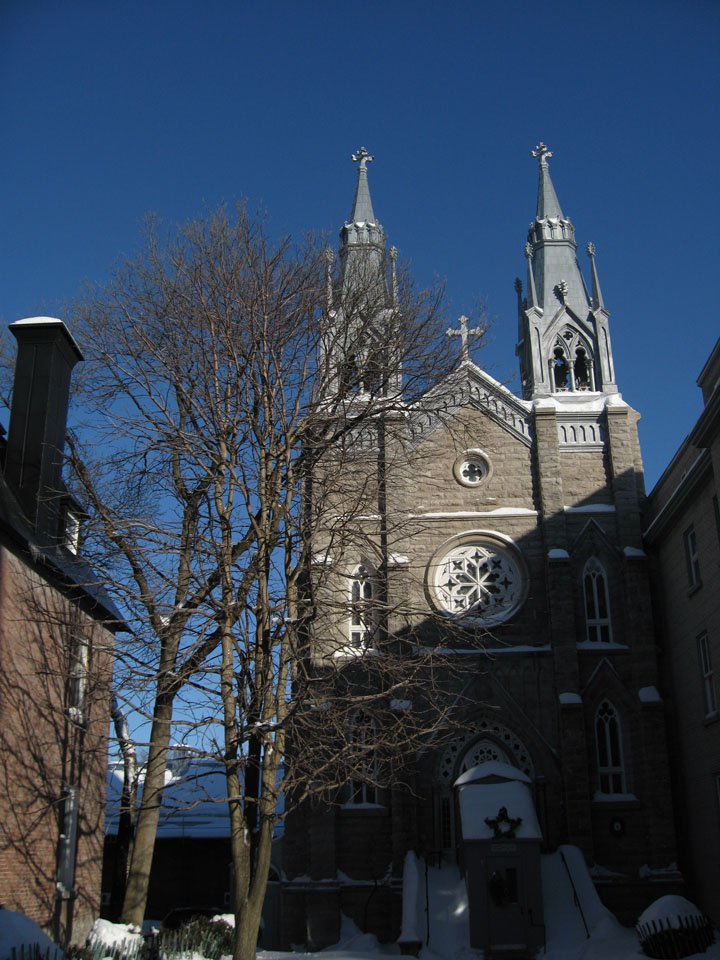 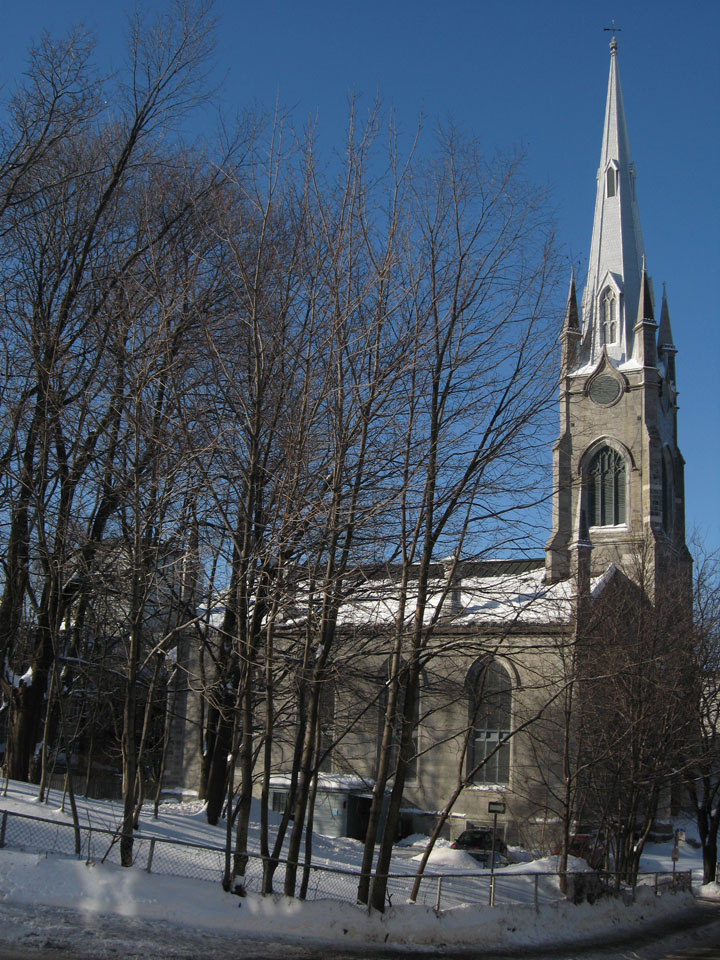 This is the main attraction of the city. It is some sort of castle along the water's edge. I should have researched, but I am not one to hang around, always off to the next monument, church or trail. I ran into some friends from the hostel. It was weird as it felt very normal based on my recent travels. After I was thinking that is was the equivalent of driving to Chicago and running into a friend on the street....very strange. 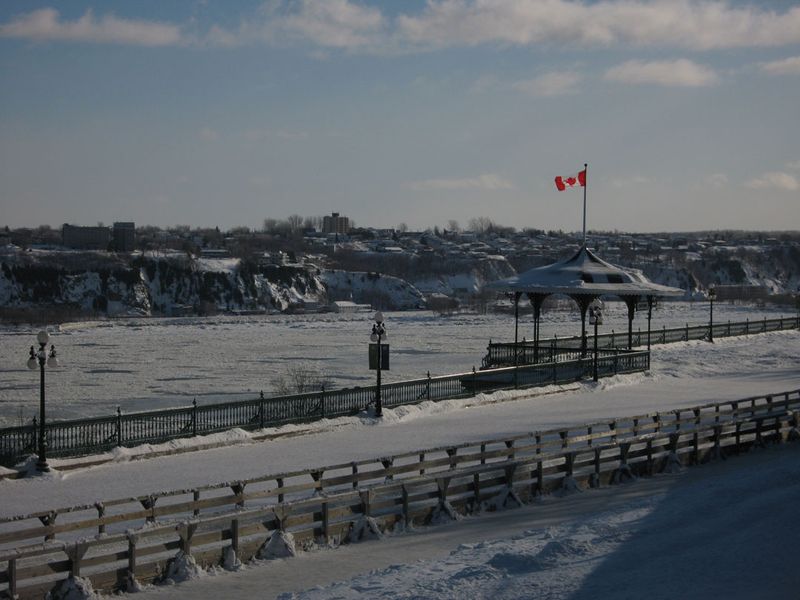 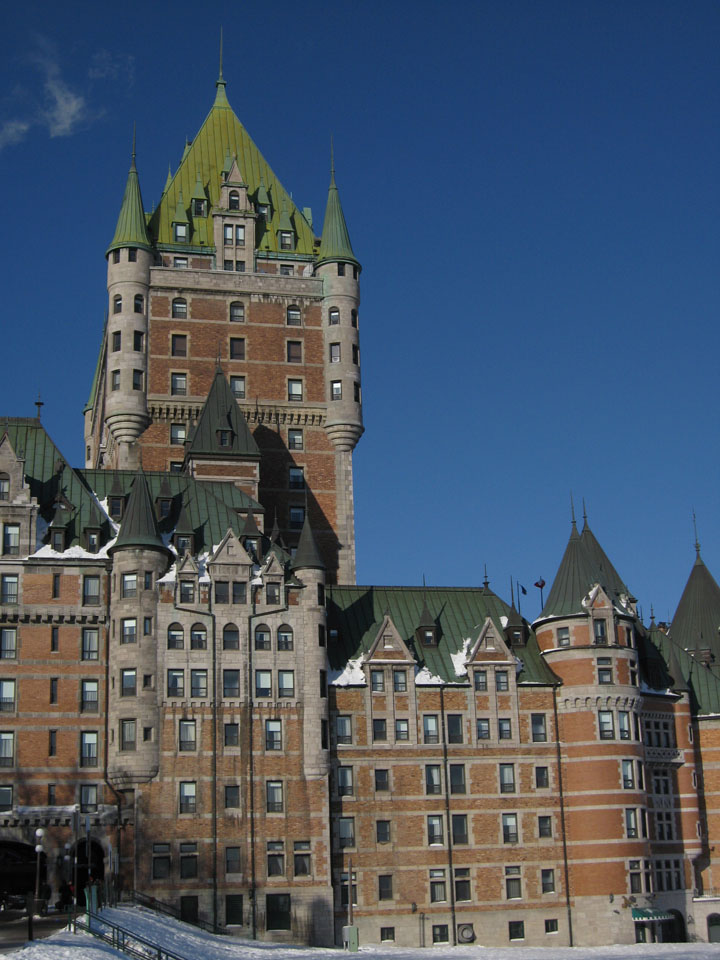 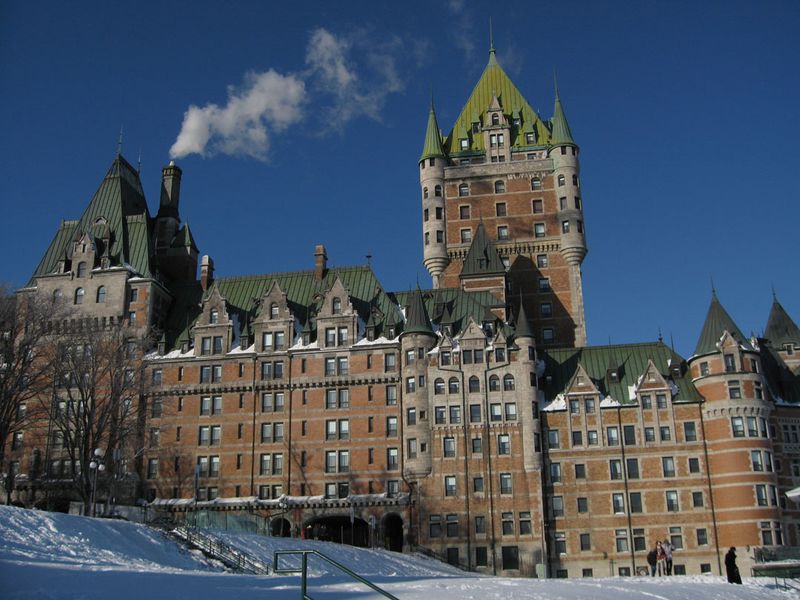 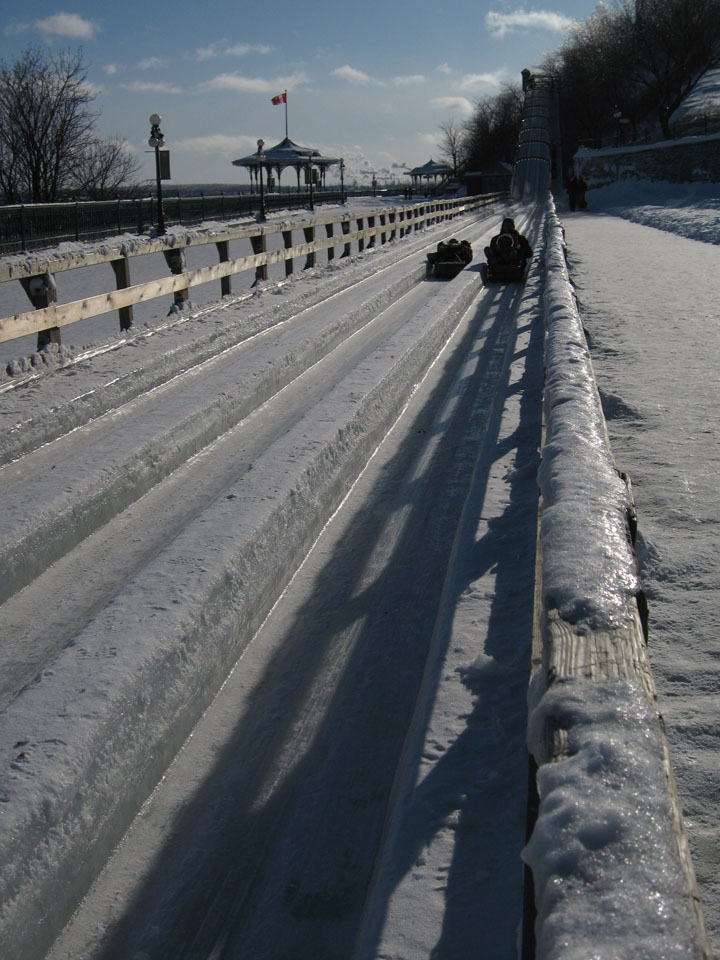 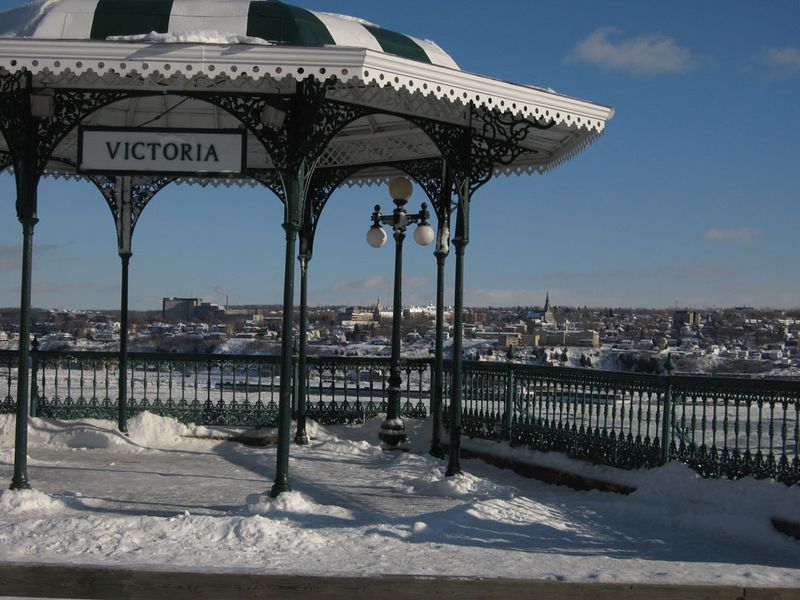 Similar to Ottawa, Quebec was situated on a cliff. This guy below was selling something in ice cream cones, but I did not try it. Kids above were taking runs on a Toboggan (dont know spelling) and I wanted gto convince them to let me ride, but figured the language barrier would freak them out and did not want to tarnish the American image further. 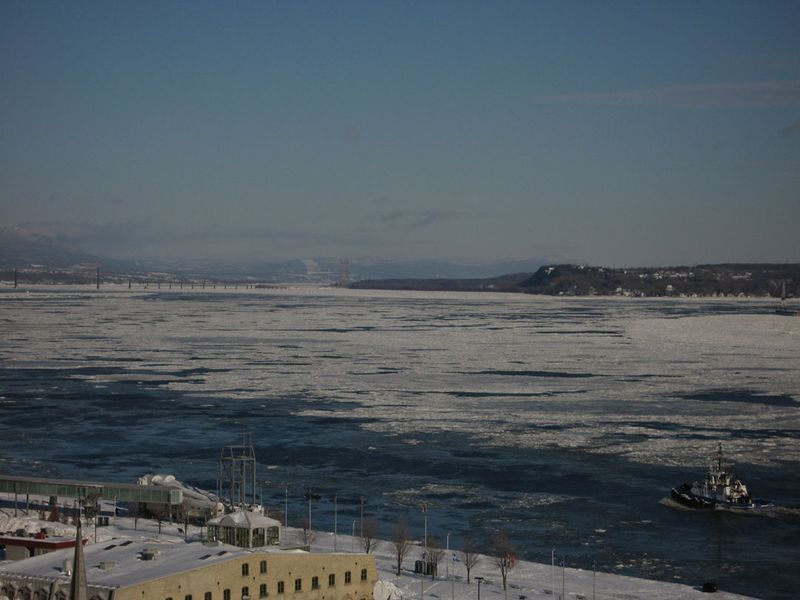 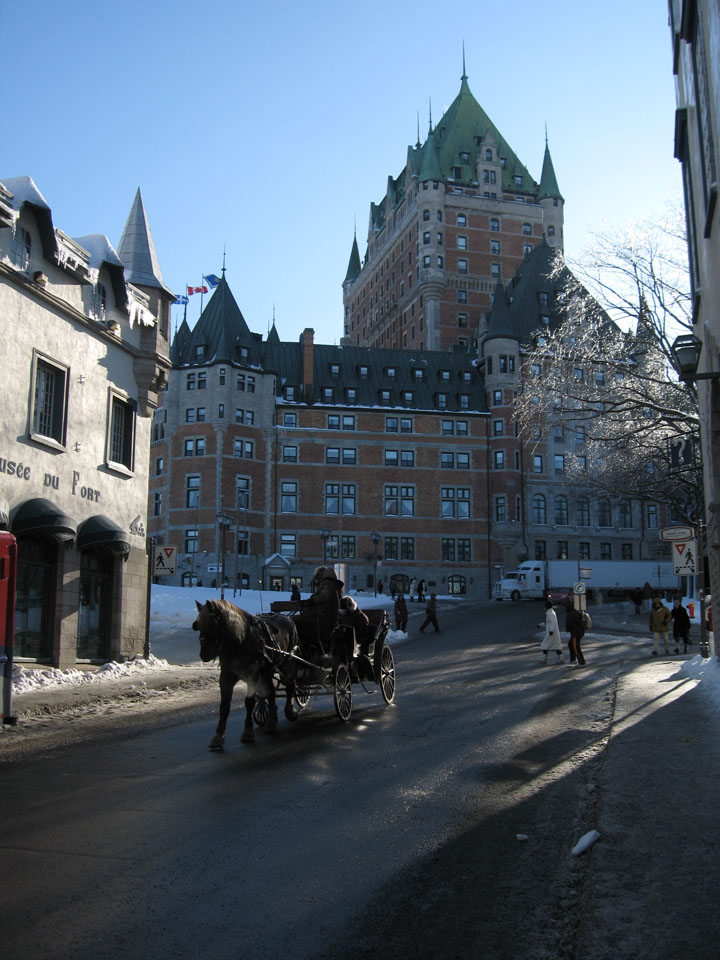 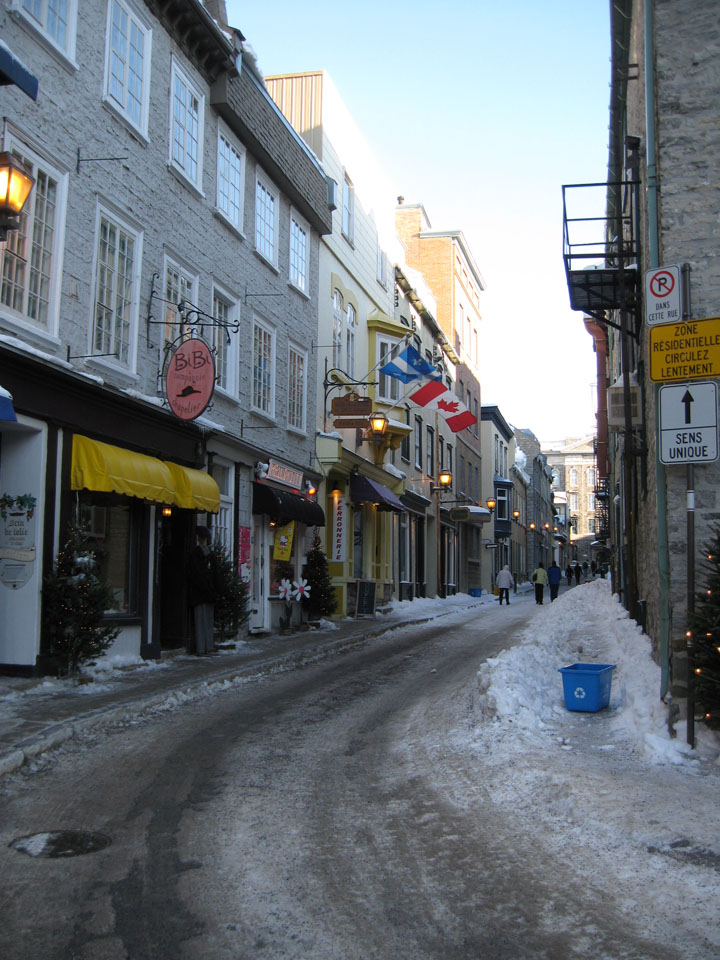 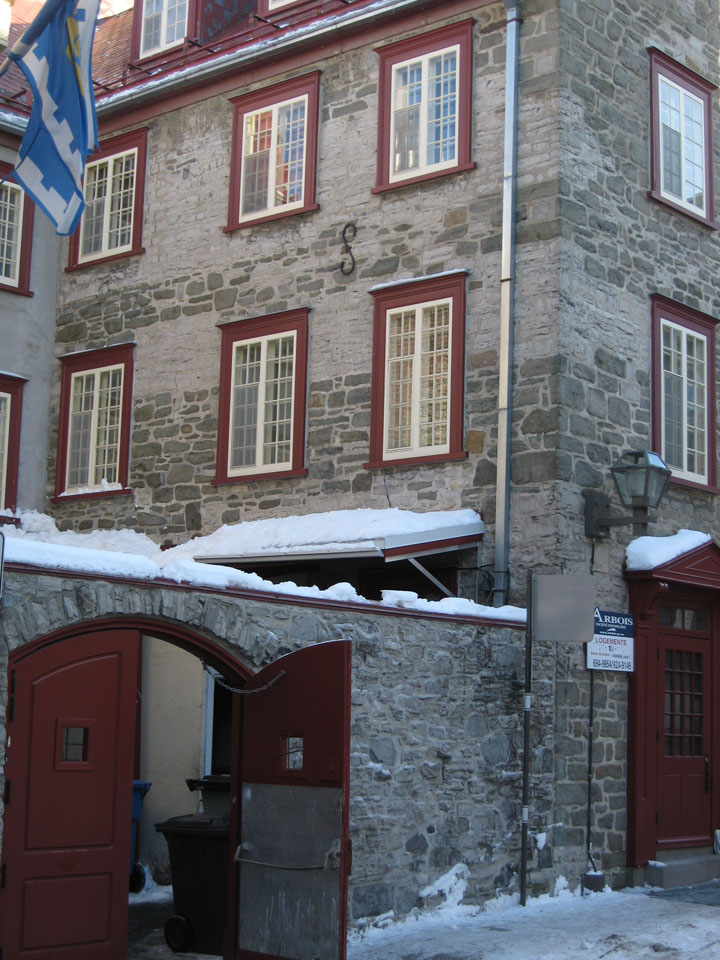 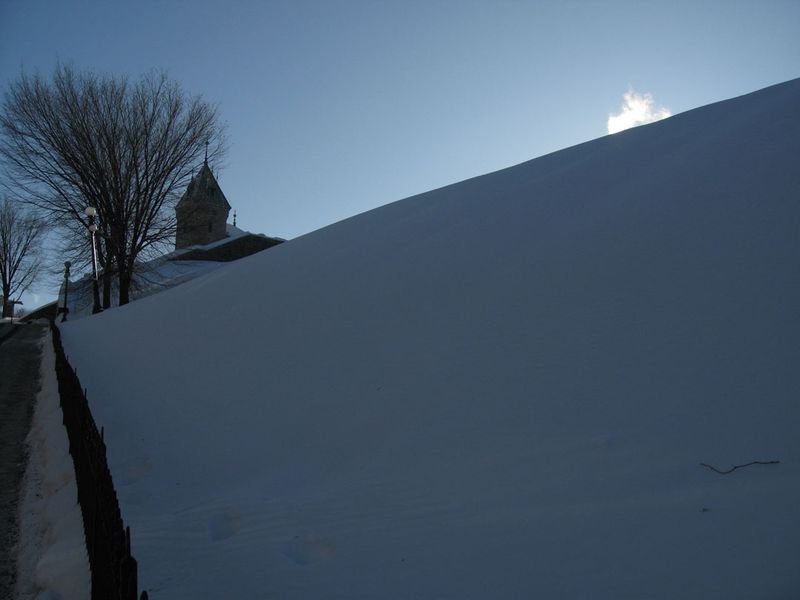 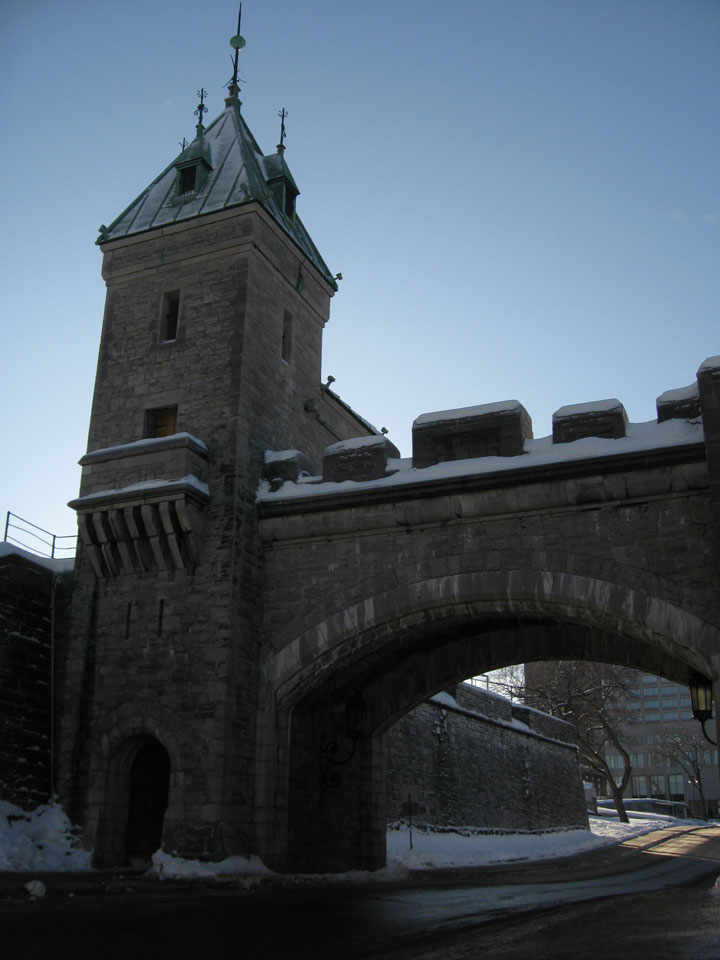 This was a brief stay, but the remained of the trip is worth mentioning. I drove down to Lake Placid for a day of skiing and then headed home through NY, PA, and OH. My car broke down around NY and I was stranded for 2 days in a Super 8 motel. I would hike each morning to a service station to check in and then hike the 2 miles in the snow back to the car. I was buried in 3ft of snow. When I finally got the car working, I vowed not to shut it off until I pulled back into my driveway in Detroit. The roads were so bad I was in a perpetual fish tail. When I got up the next day my arms and shoulders were so sore from the vice grip i had on the steering wheel.

A good trip, would love to visit again when the glaciers clear.

Here is a link to some of My Favorite Pictures.