The title to this blog is a tribute to a classic Vanilla Ice song. It came to represent my mindset as I spent most of my time winding through the country on less than safe transportation. Here is a link to the original white rappers rendition. If you do click the link, I must warn you, the song is as addicting as the video, and within minutes you’ll be in the bathroom shaving lines in your head and searching the internet for parachute pants.

Ever since my life changed from one of a sedentary marketing manager, arguing the importance of changing a brochure color from violet to periwinkle, to one of exploration, I planned to travel to Peru and Machu Picchu (MP). The time had finally come when a cheap flight surfaced and my scheduled opened up (who am I kidding, my schedule is always wide open).

I was not as psyched up for this trip as I usually was. I think it was because I was in country for only 8 days and would be on some sort of bus, boat, train, or plane every day. This means there was a high chance of things going seriously wrong. The difficulty being, a delay of one day anywhere along the trip would eliminate MP, as you had to buy tickets in advance for a specific day. The weeks leading up to the trip were spent on Spanish only websites, attempting to make tons of reservations. You have not experienced pure frustration until you become intertwined in the automatic call system of a company that doesn’t speak your language.

The day arrived and I had all my documents printed and laminated (which they love, as they try to tear them in half at your port of call).  I arrived in Ft Lauderdale, which is Spirit Airlines’ hub for Latin American travel and had a 5 hour layover. I sat next to a gentleman heading home to Peru. I usually pepper these types for information but this one had a strange aura (smell) about him. He started talking and realized something was in his mouth. At first I thought it was chewing gum, but upon closer inspection I realized it was his front tooth. He did not bring it up in conversation but his tooth was not attached, but he was so skilled he would lose it in the depths of his oral cavity upon beginning a sentence, but by the end he was able to use his tongue to replace it. I did not know whether to escape or to praise his dexterity. A sort of siren song if you will.

Across the terminal they were celebrating a flight to Cuba. You may have seen that travel to Cuba has opened up for educational visitors. I eventually boarded and landed in Lima around 9pm. Below is a picture of my general path throughout the country (follow the black line). 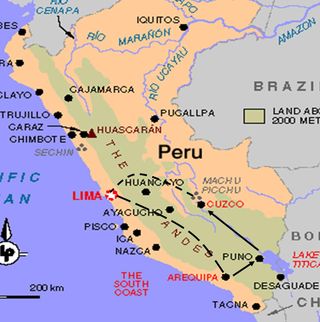 I was scheduled to fly out of the same airport at 7am the next morning to Peru’s second largest city, Arequipa, in the Southern part of the country. I figured I would catch a cab to the center of Lima and hit a late night bar until my morning flight.  I ended up at the Plaza de Armas (The central square of any Latin American city), where I took some pictures of the presidential palace and a historic church 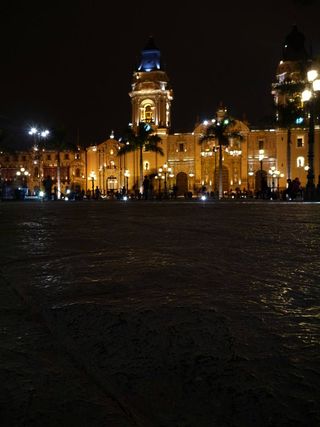 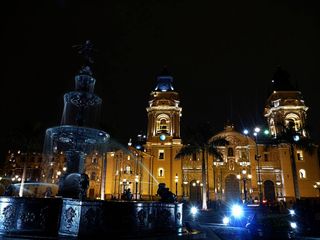 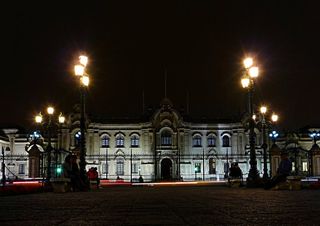 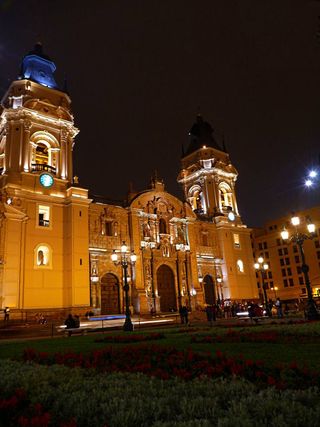 There was a couple getting married, so I stole some shots of them and the ceremony. 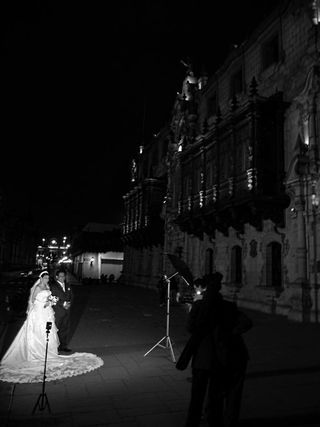 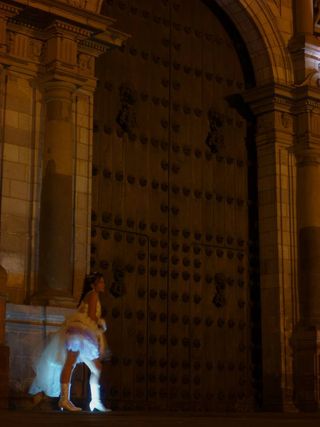 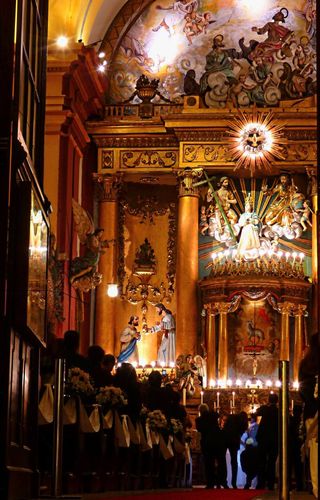 I blend in real well, as everyone there is shaped like a 5 foot tall square. The history of the people of Peru is rather interesting. When I was in Colombia a few months ago the population was a split of Mestizos (mix of Spanish and natives), Creoles (2nd generation Spanish) and Africans. In Peru, the population was primarily Natives, some Creoles, and a large percentage of Japanese. There are no Africans in Peru because the Spanish were able to enslave the natives here, where in Colombia, the natives had to be killed (not able to tame) and slaves of Africa and surrounding islands were brought in. Peru was one of the first Latin American countries that allowed the Japanese to emigrate to SA. What was even more interesting is that WWII, the US went so far as to round up all the Japanese Peruvians and place them in internment caps in the United States. Enough of the history lesson, I will continue with a few more pictures of that nights rambles 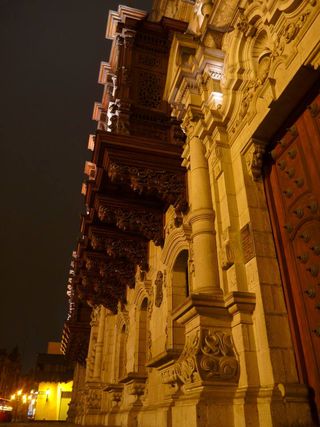 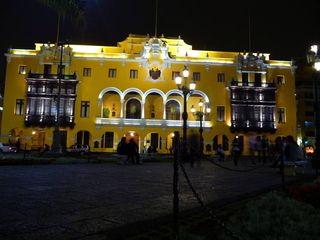 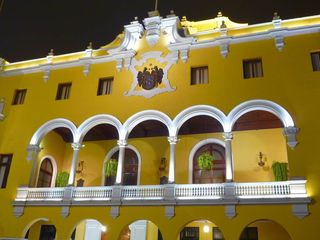 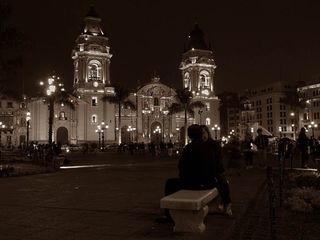 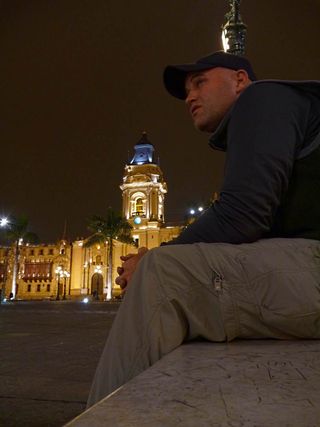 Most cities in Peru were very poor, but all seemed to have one main pedestrian street lined with western stores and restaurants. 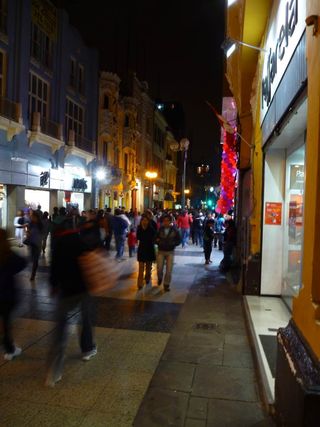 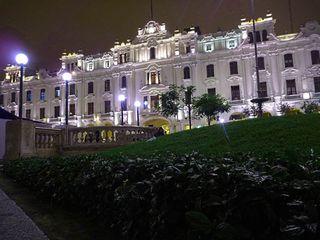 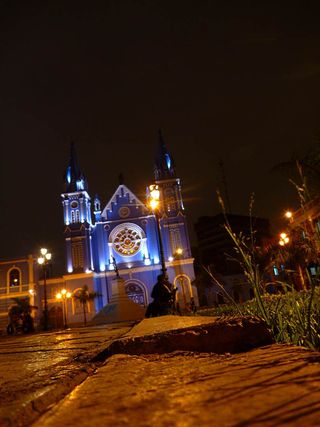 As usual I leaned heavily on my Peru Lonely Planet guide for this whirlwind trip. It had mentioned a nice local laborer’s restaurant called Queirolo. Here is a YouTube video of the insides with some pictures I took along with a Cabbage dish I sampled 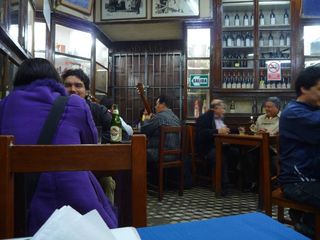 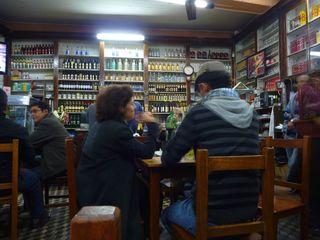 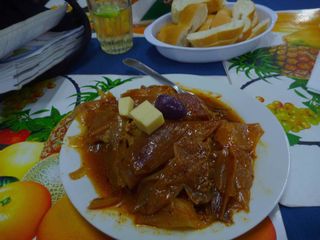 I must say that I decided to venture a little further out of my comfort zone on this trip. After piling in Anthony Bourdain episodes before the trip, I vowed to eat where the locals ate. This meant food stands and small markets. Yes, it would mean risking all sorts of parasites and GI maladies, but that which does not kill you only makes you really, really sick.

Around 2am I headed back to airport and found a spot on the floor for a few hours sleep. 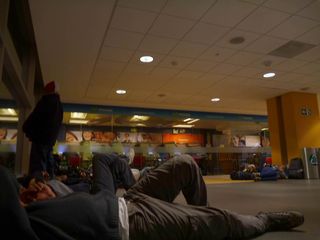 All had gone according to plan and I felt that if I could board the plane successfully tomorrow I would be looking pretty good.