I was off to Nova Scotia Canada for a long weekend.

I borrowed the title of this blog from an ‘80s song by the Eurythmics. It was the theme as it was rainy and foggy from touchdown on Wednesday till takeoff on Sunday.

As a side note you can impress your friends by knowing the name of the 10 provinces on Canada along with the 3 territories. For some reason I also felt it necessary to memorize for when traveling in Anti-US countries to convince them I am Canadian. It is kinda like trying to sneak into a bar when you are under 21 and memorizing the zodiac sign of the person on your fake ID.

I was originally supposed to be here for 2 weeks, catching a ferry up to Newfoundland for a hiking trip but my lack of vacation time for work caused me to alter plans. I will make a return trip in the not so distant future.

Here is my itinerary for the trip

Basically I would fly into Halifax, rent a car and drive north towards Cape Brenton and circle back in a coupler days for my flight out.

The History lesson on the area.  Nova Scotia, as we mentioned, is a province of Canada. If you look at the flag you notice it  looks like an incestual version of the 2 flags of Scotland. There is of course a good reason for this.

The first peoples in what is now Nova Scotia were the Mi'kmaq, who belonged to a wider coalition known as the Wabanaki Confederacy, whose members were in turn part of the Algonquin-language family in eastern North America. The Mi'kmaq presence can be traced as far back as 10,000 years. In 1605, the first agricultural settlement by Europeans in Canada was created, and the beginnings of the French colony of Acadia was formed. In 1621 King James I of England named the same territory New Scotland and granted the land to the Scottish colonizers. In the 1620s, the Scots established two settlements, but both were unsuccessful. Meanwhile a small but steady stream of immigrants continued to arrive from France for a new life in Acadia. Armed conflict ensued between the French and British, and throughout the 17th century Acadia was handed back and forth between the European powers. The 1713 Treaty of Utrecht finally put an end to Acadia, transferring the colony to Britain. The British did little with Nova Scotia until 1749, when Halifax was founded as a military town. During the nineteenth century, Nova Scotia became self-governing in 1848 and joined the Canadian Confederation in 1867.

After retrieving my rental car I headed north along the coast. I mentioned that the weather was crappy, but I still stopped at park along the water to get a short hike in at Taylor Head Provincial Park 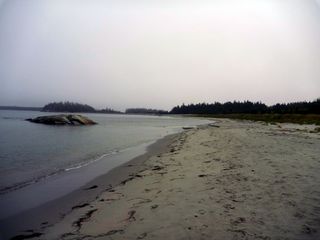 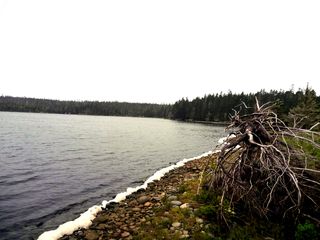 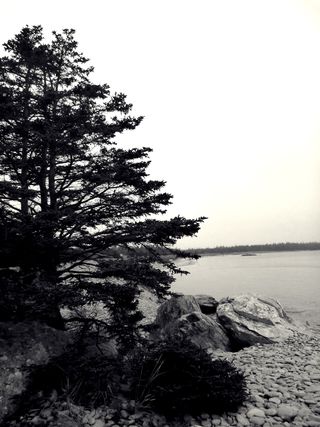 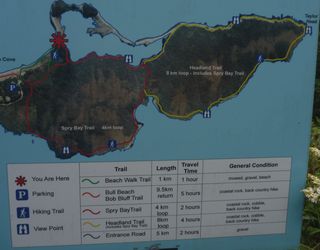 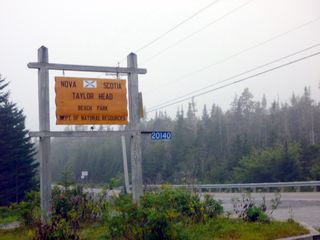 Not too much to see with the fog and I was back in the car. I stopped a few miles further up the road in the small community of Sheets Harbour for the night. There really is no towns just a store and gas station every 50 miles and if lucky a place to sleep and grab a meal.

Here is my hotel for the night; The Fairwinds. 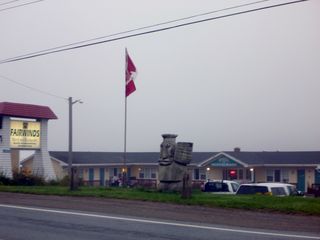 A pretty depressing little motel, but I was exhausted after an early morning at the airport. I walked up the road to the only place for food in the area: The Henley House. 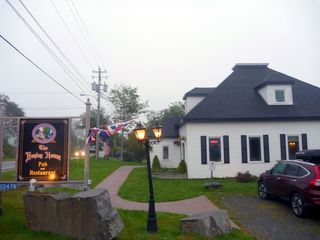 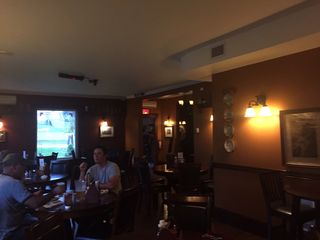 I climbed up to the bar and asked the bartender about the weather. She told me this was the first ran that had in almost a month….great.

I ordered some mussels and a seafood mix, all locally harvested and made my way back to my motel for the night. 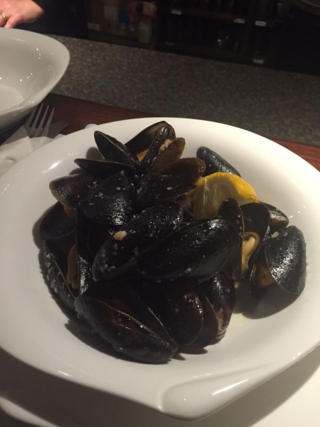 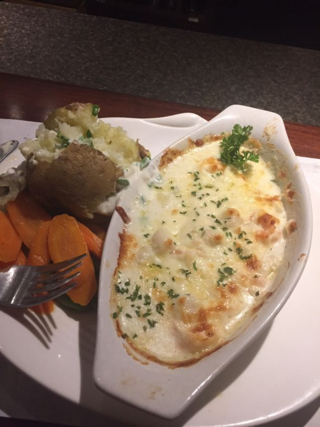