We were up a decent hour the following morning. Joe made breakfast and we all had about 5 iced coffees 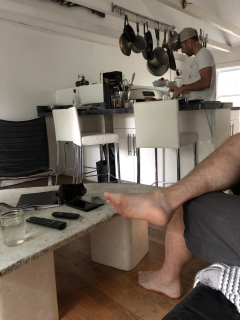 Joe and Chris had a couple things to do before we headed south to Roanoke. Unlike Rob and I, they have grown-up jobs and can’t just leave on a moment’s notice without a care in the world. By noon the bikes were loaded and we headed out of downtown DC to pick up Chris. 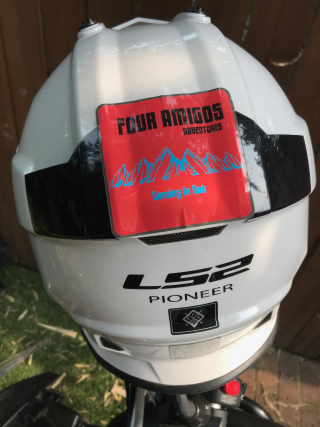 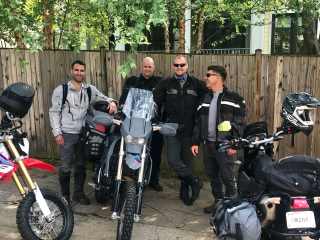 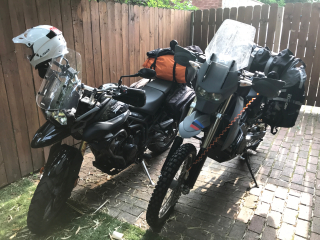 It was a long day of riding. We tried to stay off the freeways but I had to work the kinks out of the navigation app. The main problem was if I loaded a route section, but was already into that route, it would not direct me to continue route from there, rather it rerouted me back to the beginning to start over. So I would have to freestyle to get us back on track a few times. All our bikes were modified for offroad and not set up for a lot of street riding (tires, seat, tire pressure) making a long day in the saddle uncomfortable. By the time we reached Roanoke I think we had done 9 hours of riding that day. The riding vistas was agreeable. We rode through winding backroads with large horse farms, white split-rail fences and oak trees lining the properties.

The one unfortunate aspect, I had to be in front. I had the least group riding experience. You have to think how each moves effects the group, and convey that movement down the line before putting that plan into action. Not my strongest attribute.

Joe did a lot of work in Roanoke in the past and had the hookup at a nice Hilton property. There was a wedding going on that afternoon and they were not expecting the likes us rolling through the lobby, covered in grime and smelling raw. 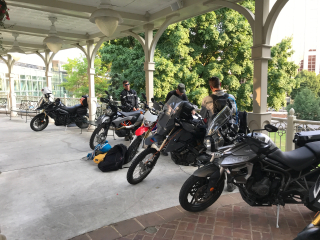 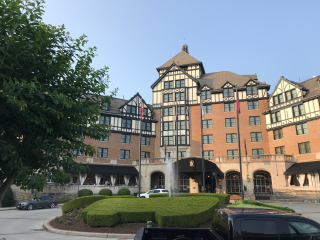 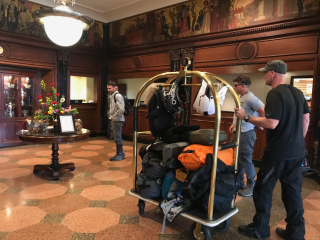 We checked in, showered and headed out to grab dinner and drinks. Tomorrow we would head straight west to intersect the trial going North. We were only shaving off a half day’s ride on the south side of this BDR.

We had not been in sync with each other’s movements that first night. So when someone just kinda yelled, “leaving!” and walked down to the lobby, Chris was still laying in bed eating beef jerky. By the end of the next day we came up with a strategy where anyone could yell “2 minutes!” and as long as he got one person to respond with the same phrase, it was validated and became bible truth. Then one would also have to yell “30 seconds!” and get a repeat. It actually worked quite efficiently, but it took us 3-4 days to get there. Our first few “2 minutes!” yells were met with “WTF” and “No way”. Eventually, instead of a declarative statement, the “2 Minutes?” turned into a sheepish question looking for a positive response but expecting a verbal dressing down. When it became comical was if someone like “The Punisher” was having a conversation with a loquacious, yet misguided local and I yell a long drawn out “30 secccooonddsss!” in a similar manner to an umpire calling a 3rd strike on a batter. Once, I yelled it at a campsite in a business-like fashion, receiving 3 prompt responses, the guy at the neighboring campsite asked Joe if we were Ex-Military based on your discipline and order. He just laughed hysterically and, “ummmm No.” I appreciated the comment and compared our communication tactics to the old, “Flash” and “Thunder” used during WW2 to distinguish friend from foe.

We had dinner at some Creole place off of the main drag. We were the only customers in that restaurant the whole night. It felt uncomfortable. Feeling people were peeking through the kitchen window, “We have guests!.....Are they eating it?.....Are they staying?”

Joe had bought “4 Amigos” stickers for the trip and Rob’s role was to place them on objects along the route. He not so subtly stuck them to light posts, urinals and signs. Written on the sticker was the phrase, “Comin’ In Hot!”, In reference to my parking skills in Arizona. I had a propensity to park my car in a unique fashion; ride too fast, hit the wall and drop the bike. A three pronged approach. Similar to the Pincer maneuver taught to fresh cadets at West Point. 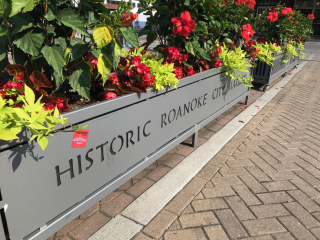 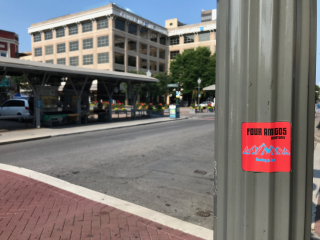 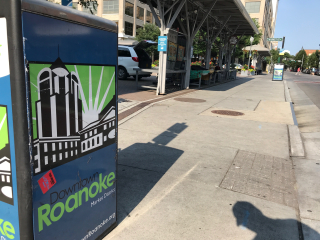 We hit a couple of bars. One was a rough country Western bar where you could tell they rarely had a night without a fight or a cop bust (Large bouncers and way too much stamping and ID photographs). Joe walked in without paying and I did the same only to be grabbed by doorman. He asked how many in my group, and as I was trying to say 3, allowing Joe to continue on for free, Rob comes up and says, “4, our other guy just walked in ahead.”  Another ongoing joke for Captain Oblivious AKA Rope Swing (We will get to that).

We ended they night with some good music and stumbled home. Tomorrow was the real start of the BDR 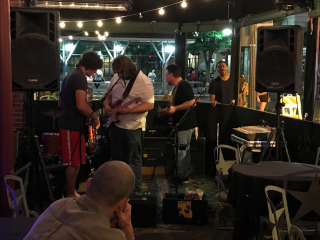