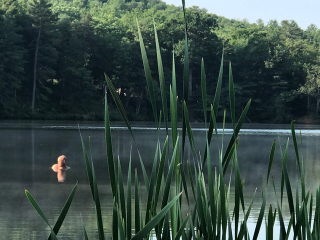 Another long day of riding today. We worked our way in and out of WV 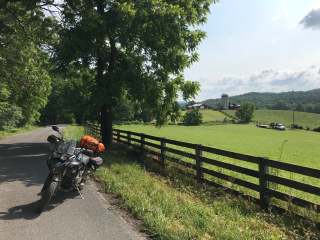 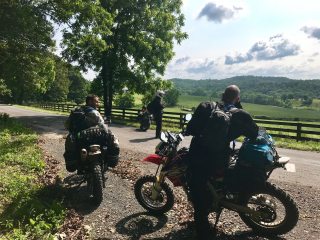 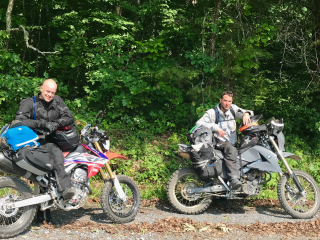 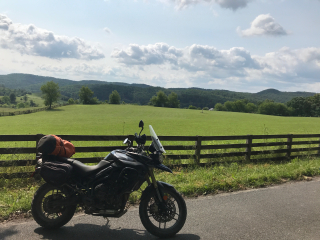 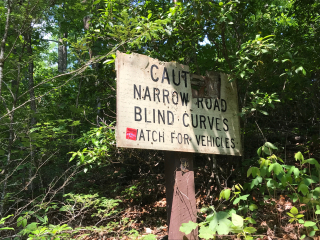 We headed through this abandoned town 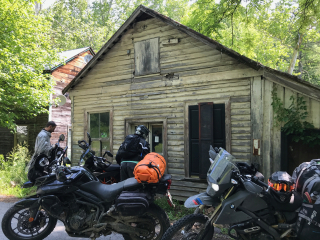 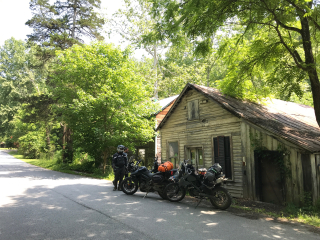 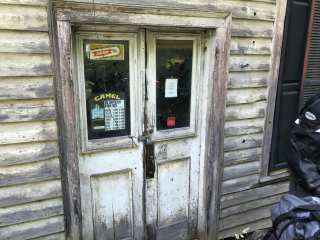 It was about this time that Chris and I decided to see what our bikes were capable of. That means we went way too fast for our skill level on these gravel/dirt roads. Unlike on street where you lean into the turn, here you actually lean against the turn to keep your balance and it kind of helps allow yourself to turn the bike into the turn more. When we first started going fast I came into a corner too hot and hit my brakes. A big no-no as it locked the wheels and I did a 20 ft power slide. I was extremely close to wrecking. A few more of those and I had to stop breaking and instead just turn more into the corner. It took a while but I felt I was getting a handle on it. It was a 2 way traffic road and we got very lucky not to get face-planted into the grill of a dump truck. Later in the day I was talking to Chris and said, “You know I was going way too fast and wanted to slow down but was just trying to keep up with you.” He replied, “Ya, I kept seeing you behind me and wanted to slow down but you were pressing me to go faster.” 2 irrational idiots pushing the envelope until soaring off the edge of a cliff Thelma and Louise style. 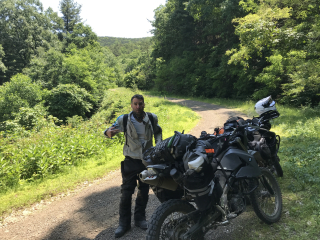 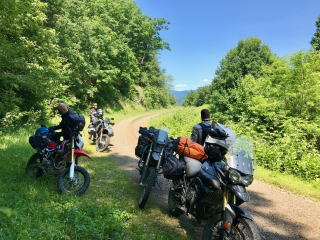 It was at this point where Chris was in front of me and he frantically just started pointing to the woods. I had no idea what he was doing cause he did not stop. About 30 seconds later when he pulled over, he told us that he came around the corner and a huge black bear was in the middle of the road. Once it saw him he high tailed in over the edge and out of sight. One of the joys of being the first guy, you get to see the nature before it is utterly terrified, and scampers into the woods. The last guy is just riding through thinking, “Pretty quiet here, not much wildlife…that sucks.” 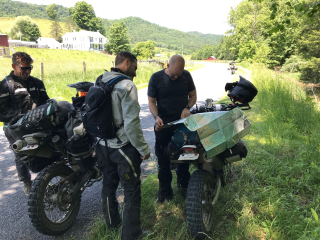 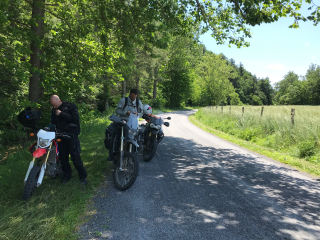 Rob was following behind me and as I went through a deep track with some water, he came through and just totally biffed it. I did not see it, but I guess it was priceless as usual. He was so pissed. For the rest of the day, every time we stopped, he would pull up to the group still shaking his head in anger.

We stopped for lunch at Fox’s Pizza 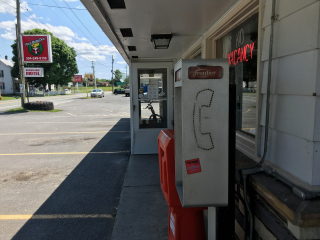 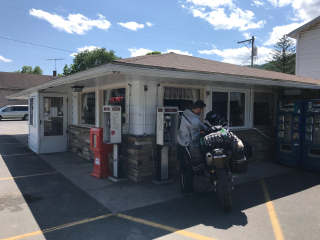 It is like McDonald’s in this area. These tiny Appalachian towns all have one. Joe and I had steak sandwiches while Rob and Chris opted for the Wedgie. The sandwiches were huge. The Wedgies were basically a large pizza folded in half. When I say basically, I mean exactly.

We were back on the main road for a while as we headed through Smoke Hole Caverns. A small tourist trap for caves. We went through the same puppet show as last night looking for the state-owned liquor store.

Our campsite was at the end of a long dirt road. It ran along a river, but unfortunately not as close or as visible as we were the night before. 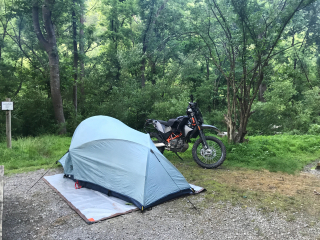 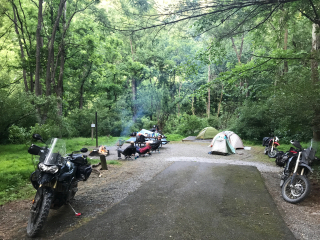 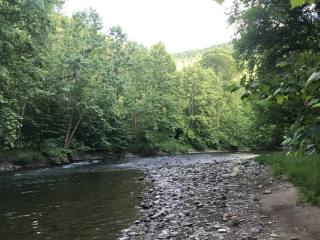 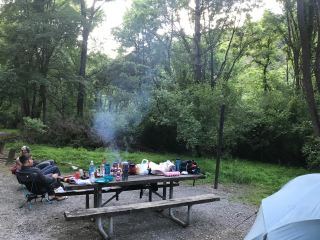 Rob kept joking that he just wanted a campsite with a rope swing. Last year was all about vistas, but it's 2019, vistas are out and rope swings are in. The camp host actually without prompting sold us on the rope swing down by the river. We never actually made it happen. It became the source of his nickname for the trip. “People call me Rope Swing”  “Is it because  you have a really big..you know…?” To which Rob would reply, “Funny thing, no it actually has nothing to do with the size of my penis. I just really like Rope Swings.”