Standing on a Corner in Winslow, Arizona (Part 1 of 6)

After the success of last year's bike trip to Vietnam I decided to organize another one. Joe was not quite ready to tackle Patagonia so I had to entice him with a more schedule-friendly option. After researching various places we could rent dual-sport bikes in the US that allowed us good access to offroad trails with decent vistas, I settled on Arizona and a bit of Utah. Another good selling point was that an organization had already mapped out a Backcountry Discovery Route for the trip freeing us from combing through maps of forest roads or just trying to wing it once we were on the ground (BDR AZ).

We would not have a guide on this trip so we would have to rely on my navigation skills and Joe's mechanic abilities. In addition we added 2 members to our team, Rob and Chris. What were the skills that they brought to the team? Yet to be determined.

Here is the general itinerary for the trip:

I had been working with a company called Arizona Motorcycle Adventures to secure the bikes.  We had to change assigned bikes often before arriving but I guess that is the nature of the business when you are dealing with offroad rentals where people bring back bikes that are damaged and cannot go out on the next rental. I wanted a small bike, in case I dropped it...often, then it would be easier to pick up. Also, since I rode a small bike back home I was not comfortable with a large bike. The other guys all rode larger adventure bikes ranging from 800 to 1200ccs.

Rob and I flew in from Detroit and met Joe and Chris in Phoenix. We actually were all standing next to each other at baggage claim without realizing that we were 2 ft apart.

We took an Uber to the bike rental in Tempe where we met Michael. He gave us the lowdown on each bike and had us sign the long waivers and insurance options. 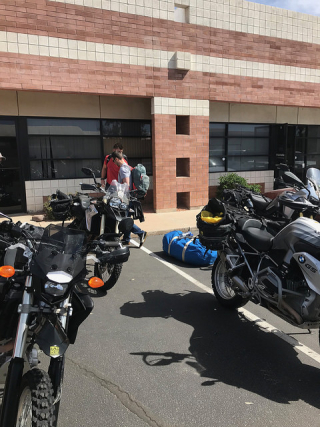 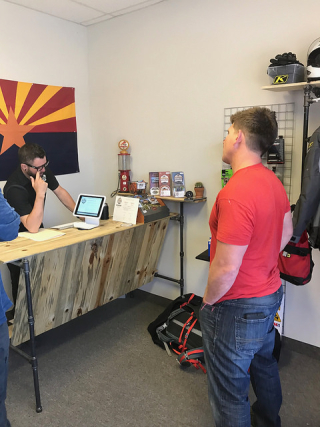 From there we checked into our hotel in Old Town Scottsdale and picked up supplies for the first night out in the wild (whiskey and beef jerky). After organizing our packs for the morning we walked around town for drinks and lunch. 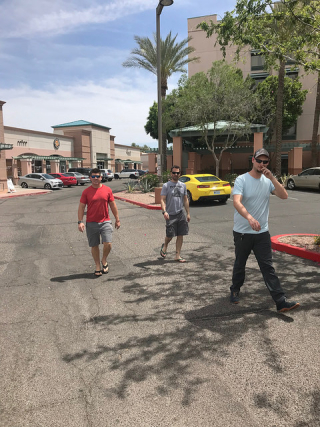 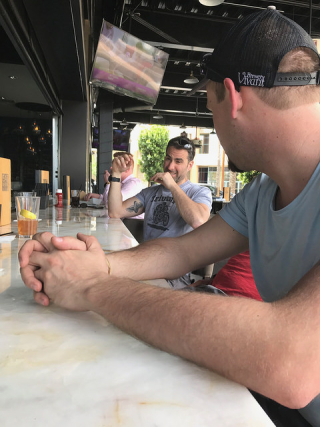 We grabbed some drinks and sat around the hotel pool and discussed a few details. Scorpions and rattlesnakes were a topic of conversation. It was mentioned by Rob that scorpions were not to be worried about because their bite was like a bee sting. I told him that he was misinformed on that one. We also joked about the fire extinguisher attached to my bike. Michael had told me earlier that it actually contained an emergency supply of gasoline. A subtle difference that might prove to be important if one of our campfires became unruly and someone decided to launch it into the backdraft.

After pool time, we walked to the Rusty Spur lounge and had planned on going to a few more bars but Rob and I were out before 8pm 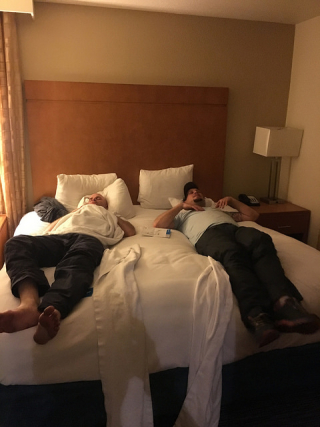