I have not traveled in a long while as evidence by my lack of posts on here. But the day came for my big trip. I have my list of trips I still want to make and New Zealand has always been up there due to its rich topographical diversity. Also because of my obsession with dressing up like a Hobbit and LARPing at the local park.

Here is link to the trip Itinerary

Let's get some of the basics about NZ out of the way before we start the trip. The country geographically comprises two main landmasses – that of the North Island, or Te Ika-a-Māui, and the South Island, or Te Waipounamu – and numerous smaller islands. New Zealand is situated some 900 miles east of Australia across the Tasman Sea and roughly 600 miles south of the Pacific island of Fiji. Because of its remoteness, it was one of the last lands to be settled by humans. During its long isolation, New Zealand developed a distinctive biodiversity of animal, fungal and plant life. The country's varied topography and its sharp mountain peaks, such as the Southern Alps, owe much to the tectonic uplift of land and volcanic eruptions. New Zealand's capital city is Wellington, while its most populous city is Auckland. A fun fact is that more people live in Auckland (1.4 Million) than outside of it (1 Million).

Polynesians settled New Zealand in 1250–1300 CE and developed a distinctive Māori culture. Abel Tasman, a Dutch explorer, was the first European to sight New Zealand in 1642. In 1840, representatives of the British Crown and Māori Chiefs signed the Treaty of Waitangi, making New Zealand a British colony. The independence of New Zealand is a matter of continued academic and social debate. New Zealand has no fixed date of independence, instead independence came about as a result of New Zealand's evolving constitutional status.

The country's economy was historically dominated by the export of wool, but exports of dairy products, meat, and wine, along with tourism, are more significant today.

As on previous trips I would be carrying my SPOT locator beacon so my family back home could see my whereabouts at all times as I would not have wifi or cell phone access throughout. Here are some screenshots of what they could see from their computer. Pretty good accessibility. 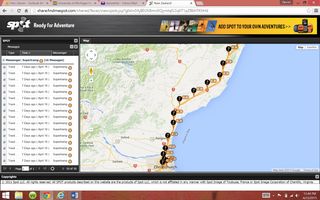 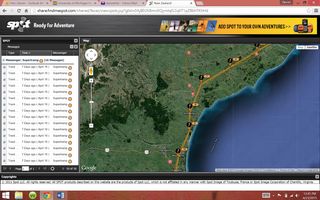 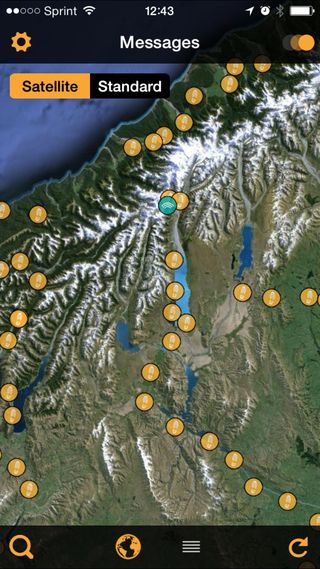 In addition I could send preprogrammed messages to them to let them know when I was starting a hike and when I had safely completed.

This trip was the first week of April so I figured I would travel to some warmer weather for a month and when I came back home Spring would be in full effect. Here is shot of what I was taking  with me. 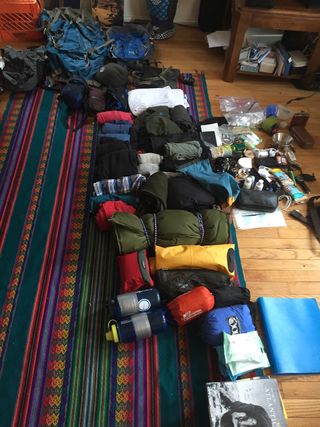 I tried to get as much as possible into my carry-on just in case my luggage was lost I could still survive on the bare bones for 2 weeks. Here is a shot from the airplane showing us as we traveled from LAX to Nadi, the capital of Fiji. 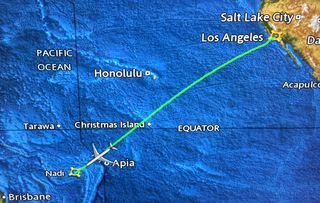 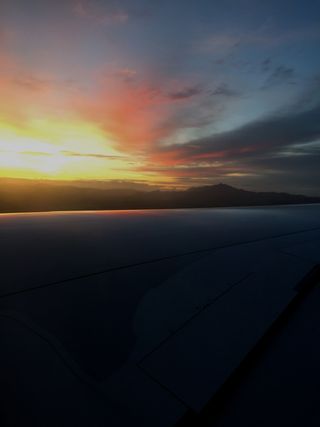 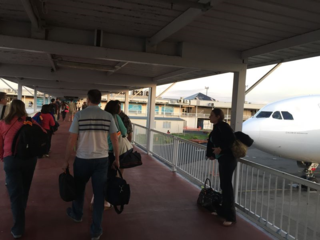 I purposely scheduled long layovers (4 Hours +) between each stop just in case of delays between flights. As it turns out all flights were on time and bags were always there for me. This made for a long couple days as I flew from Detroit to Houston to Los Angeles to Nadi to Christchurch with long stops at each spot. I left on a Thursday morning and did not arrive in NZ until Saturday morning. This also included a skip across the International dateline where I instantly lost a day somewhere over the Pacific.

I slept good on the planes, much better than expected. If you can actually sleep on a 10+ hour flight it makes a world of difference. I was popping all kinds of pills to induce sleep along with antibiotics as I got Strep Throat a couple days before leaving.

I landed in Christchurch, on the southern island, in a chemically induced jetlagged metal fog. I called this blog, “See you on the flipside” because I like to reference song titles in my blog headers. This is from a Pearl Jam song and it fits pretty good with NZ. The country lies in the southern Hemisphere so the seasons are all opposite to the US (They are entering winter) and in addition everyone drives and does everything on the opposite side of the road, path, aisle. I got my bag and headed out of the airport to catch a cab to the camper rental 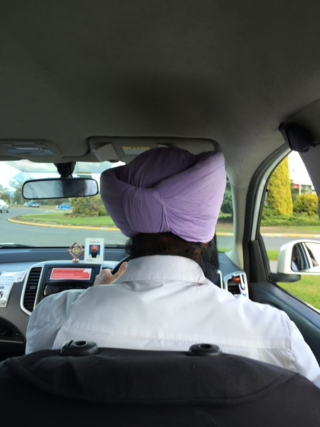 The Campervan rental was called Lucky. Here is a link to my camper and a video on how it functions as vehicle, kitchen and bedroom.

I only paid about $20/day for this thing so I was not expecting much and as it turned out, I was not given much. This early 90s minivan had 350K miles on it and was in rough shape. When they pulled it around, it was making all this rattling from underneath, but at this point I did not care. I threw my crap in the van and asked where the nearest grocery store was. I pulled out into traffic and I was utterly confused with driving on the wrong side of the road. As long as there are other cars you just follow them like lemmings to the sea, but when you get to an intersection where you need to break from the school of cars and make an independent move is the problem. Basically you determine what you want to do, then do the opposite of what you think you should do.

I managed to find the grocery store and still in a fog I loaded my cart with supplies for 2 weeks. I kept banging into everyone because of course they shop on the opposite side of the aisle as well. 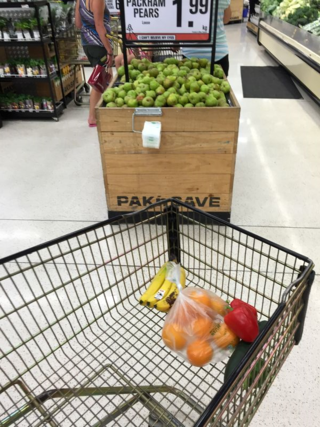 I finally got out on the road and headed to the Banks Peninsula and the Okains Bay Beach Campground for the night. I had a whole slew of maps because I would not have phone NAV guidance. I downloaded a map of NZ on my phone with locations for all the places I could legally park my camper and sleep. I had planned on comparing that map to my print maps to get around the country, but when I opened the app on my phone I saw this 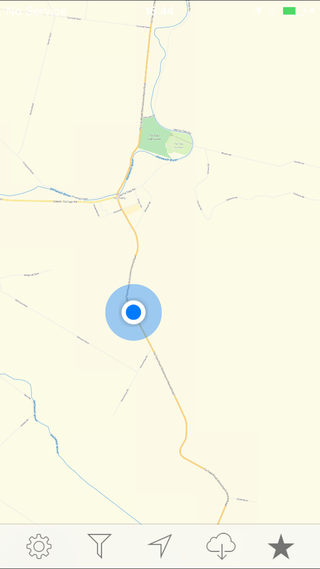 It was tracking me! I was not sure how this was possible as my phone was on airplane mode with the cellular data turned off. I guess it still receives a Satellite signal. I was utterly confused, but it made the trip so much easier and never failed.

I found the campsite after twisting and turning through the hills and parked next to a stand of trees. 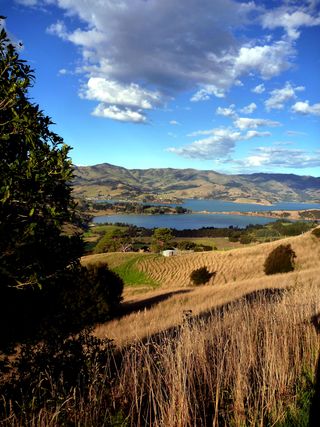 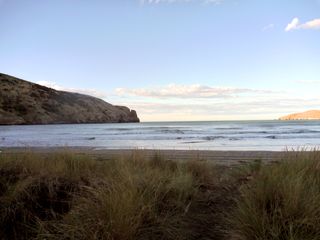 I set up shop and made dinner, drank some beers and looked out on the pacific and thought about the adventure that awaited. 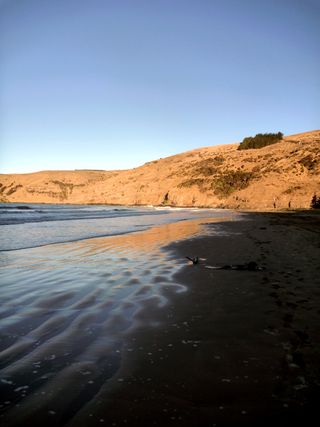 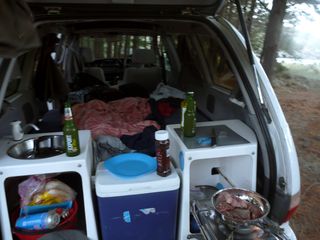 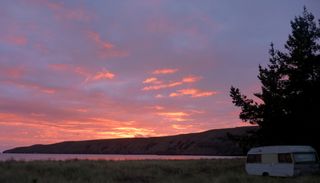 It turned out to be a cold night and if I had not stolen a bunch of blankets from the airline I would have had to keep the car running overnight. So much for the tropics.