Goin' Back to Cali'

Apologies to LL Cool J, but I was headed to Northern California for a rafting bachelor party. I flew in a few days early to spend some time with one of my buddies who now lives in Sacramento. We drove up into mountains to check out the area as he had not ventured out of suburbia since he arrived.

We were in the middle of wine country, but we will save that for the bachelorette party trips. After checking out the mountains and meeting the rafting guides, we hung out in "Old Sac" where they have turned a section of downtown into an 1800s-style saloon town. Of course we visited every bar in the area before moving to the modern downtown district and hitting the clubs, where Masons/The Park leads the way. 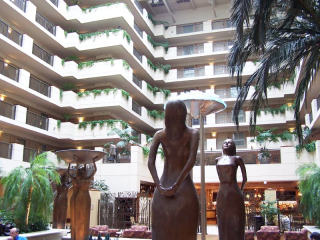 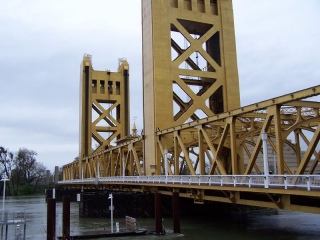 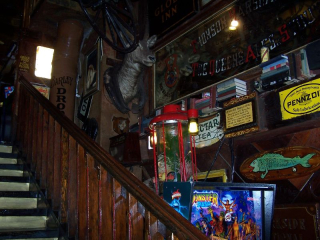 The next morning, I got up and headed over to the Embassy to meet up with the bachelor party. There was about 16 guys, all friends from the Sacramento area. The groom was known around the gambling world as the "Giant Killer" for he had quite a successful run at last years World Series of Poker Main Event in Las Vegas.

After everyone checked into the hotel, it was downstairs for the open bar. The guys pretty much cleaned the hotel of their liquor and beer before moving off to the private dinner downtown. The meal was great, but the best part of the celebration thus far was when each guy went around the table and told a story about what they remember most about the groom and how each story seemed to grow a bit over the years.

After dinner we headed out to the bars. Posing outside of one bar, some random girl sneaked into the shot as you can see below, but no one seemed to mind as she was not too shabby. 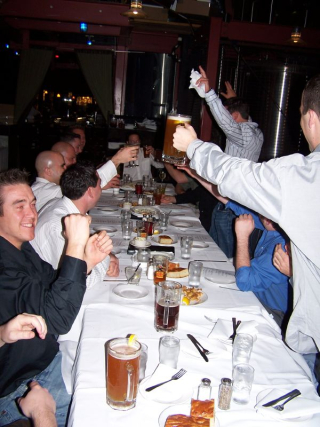 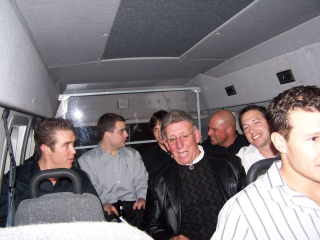 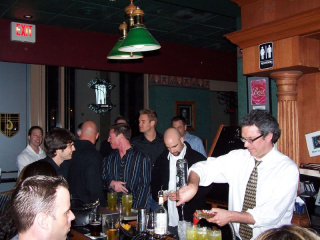 I left the guys at about 1:00am and headed back to my buddy's to get some work done. The next morning, everyone was struggling big time. Lots of searching through rooms for random guys. I eventually got everyone downstairs, crammed some food into them and we headed off for the hills and the adventure portion of this trip.

Some of the guys were less prepared than others as you can see below where one is wearing a snow cap and dress shoes. Not your typical rafting issue clothing. Once we got everyone into wetsuits, it was off to the river. These guys were on the S. American where they were up against some decent Class III. After having lunch half-way through, they hit some heavy stuff and headed to the campsite for some football and relaxing before dinner at the Sierra Nevada House. 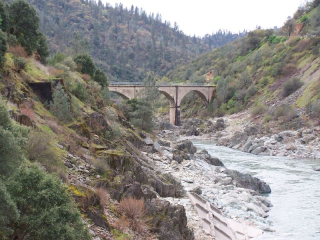 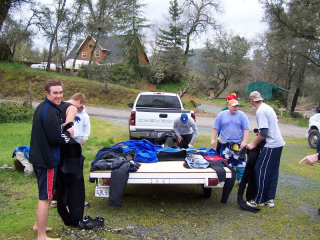 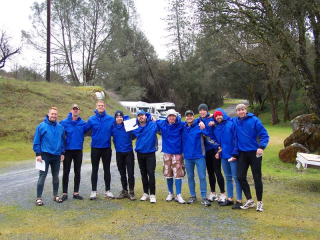 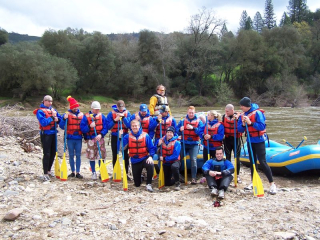 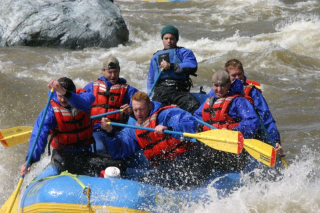 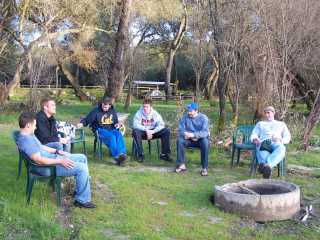 These guys closed the night at the Coloma club. A biker hangout....lets just say these guys stood out a bit, but after buying a few shots, they were right at home. 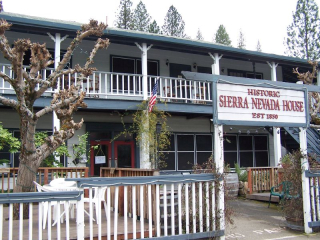 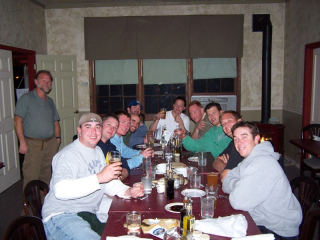 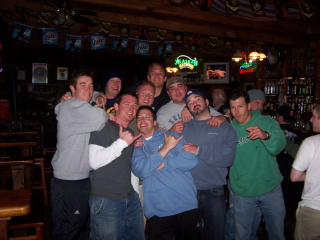 Everything went great and the guys were up late cooking marsh mellows by the river and drinking beer until the sun came up.

Another great trip. Until next time....