California Dreamin’ on Such a Winter’s Day: Sonoma (Part 1 of 4)

We left the state of AZ and entered CA, our final stop on The COVID 2020 “Make the Best of It” Tour. We were following next to route 66 most of the way. With the Interstate comes efficiency but think of all the interesting attractions that were shuttered in its wake. Yes, you can still drive the old route on a weeklong road trip, but it surely isn’t the same with a freeway on your right and abandoned buildings on your left. Occasionally you will still see a gigantic Dinosaur or Teepee hotel, but they are fewer and farther in between.

I missed the gas stop in the town of Needles, and was stuck on a 50 mile gap between stations in the middle of nowhere. I feel like this was a recreation of the scene in Vacation where they breakdown in this same area and Clark goes off into the Tumbleweed to find help and emerges on the other side delirious with his jeans on his head. 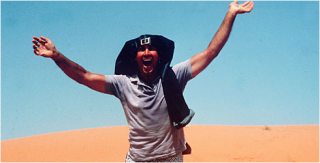 We were not sure if we would make it and there was no life in any direction. I actually tucked in behind a semi and tried to draft him NASCAR style. I don’t think your fuel gauge can get much lower than this 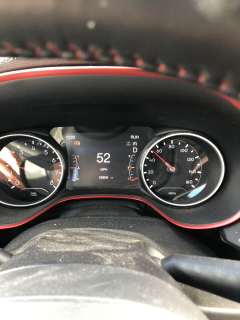 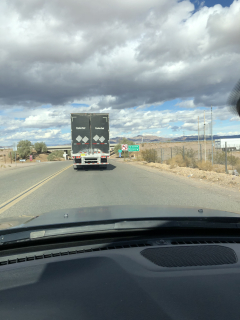 When I filled up I determined that we made it with less than a half a gallon. And because this was the only stop they were charging $4/ gallon. I didn’t realize it at the time, but that really wasn’t that far off from the going rate in CA.

We were taking it somewhat slow because we had a couple more days before we could check into our AirBNB in Glen Ellen CA (Just outside Santa Rosa). That first night after crossing over into CA we stayed in Delano CA. This area is nonstop vineyards. But these are not the kind you put on postcard. They sit along a major freeway, vines on rusted metal, rusted buildings with smoke stakes, migrant workers by the thousands, and the smell of diesel in the air. I guess this is where your $3 bottle of Barefoot comes from.

We continued up the middle of the state. Through the Almond farms around Stockton. The question of water, confronting California for decades, is red hot. You have a water shortage already and all these farms are planting almond trees because the profit margin is high, except each almond requires a gallon of water to mature. So you got the farmers vs everyone else. BUILD DAMS, NO TO DAMS! These banners line the streets.

We spent the final night on the road in the town of Valencia. Don’t quote me on that. We were going wherever Hyatt decided to build a hotel. 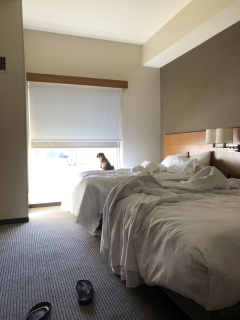 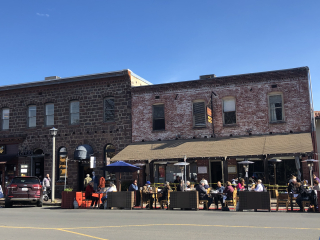 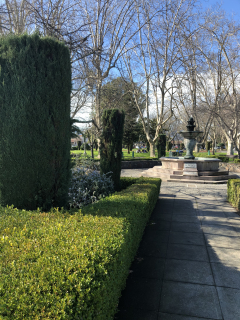 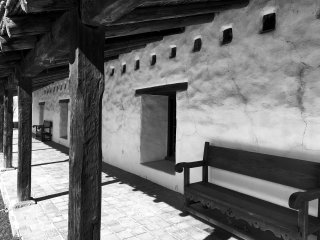 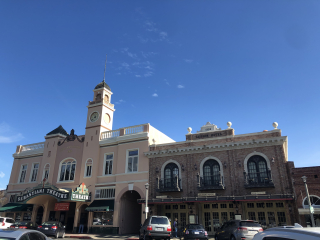 I liked it. It had a rustic charm. It looked more blue collar. I would continue to get that feel all through Sonoma Valley. A sharp contrast to the Napa Valley side. If your coming here to see Wineries, you just figure out if you’re a traditional person or a modern one and that makes the choice of valleys to visit real easy.

There is also a town right at the base of the Sonoma Mountain (where we are staying) called Glen Ellen. Again very no fuss area, but don’t let the casual look fool you, these people have millions and millions of dollars to afford to live here. Everything is expensive. It was a shock to the system. From real estate to gas, food, etc. Amy and I realized that the dream of living on the North California coast, or anywhere in California, was over.

We followed an old mountain road for about 6 miles from Glenn Ellen to get to the electronic gate to allow us up the final stretch. Makes me wish I had the DirtBike still, but still happy with my decision. Our new place was out there. Spotty Internet, no laundry, and lots of critters. It did us good to unplug for a bit. This is the main 2 bedroom. You cant see from the pic but it has a little Casita next to the carport on the right. We are talking 4M for a place like this around here.

The hosts had a dog named Buck, after the dog in "Call of the Wild" by Jack London. I will discuss later but their property sat up against Jack London's estate, complete with tours, hiking trails, and a winery. 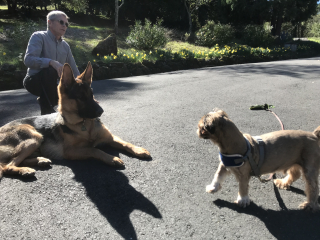 We had to drive 16 miles just to get anywhere. On one side of the Mtn was Glenn Ellen and on the other side was the bustling metropolis of Sant Rosa. We dropped all the gear and headed into the Safeway in Santa Rosa. An expensive grocery trip, and back to homestead by dark to cook a pork dinner on the grill for the 3 of us 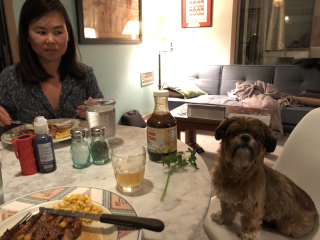 Tomorrow we explore the area. Lots of hiking trails

Posted at 07:48 AM in USA California | Permalink