I have traveled around most of the US, but outside of a trip to Denver and Ft Collins I really had not explored the state too extensively. A recent trip to Montana and up into BC had forced me to reconsider my travel priorities and I have decided to check out some more spots in my own backyard.

I did not give up on my whirlwind style of travel. I would fly into denver, rent a car and do a counterclockwise circle of the state.

Below is A Map of my route and my intinerary 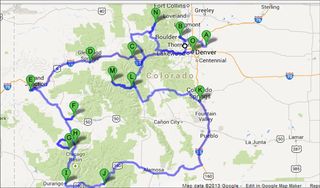 I took the cheap flight to denver. It was Spirit. I dont know why I keep doing it to myself! I got to the airport and it was the first flight of the morning. What could go wrong? The flight was delayed an hour and half because they were short a flight attendent and described how they had called her at home and were waiting for her to arrive. Spirit. Got to Denver, rented the car and headed out towards Boulder. Boulder is one of those town that is an outdoor mecca. Everyone wants to go there, live there, etc.I rented a cabin at the  Chautauqua Lodge

The lodge is just outside of town a mile and right next to the "Flat Irons", which are the rock formations seen below. Also below are some pictures of the lodge area. In addition to 1 main lodge there are several cabins spread around the property.

Here is a Map of the grounds 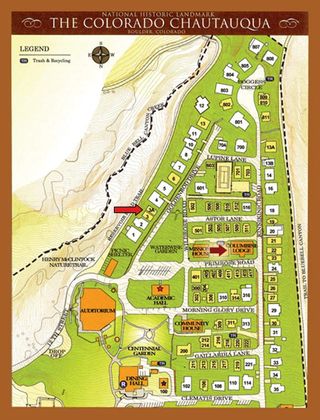 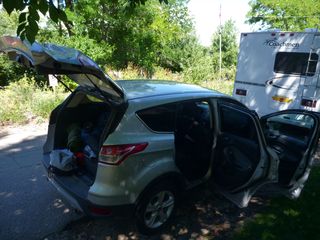 The cabin was not ready yet, so I dropped my car outside the cabin and put my hiking shoes on. I was headed for a hike called "Royal Arch" which the most popular one in the area. It is about 2 Miles up to spot in the flat irons with a view of the city and a nice arch.

It was rough going, just adjusting to the elevation and the fact that I had not been exercising as much of late. Multiple back issues had taken their toll and was unable to work out due to the pain. 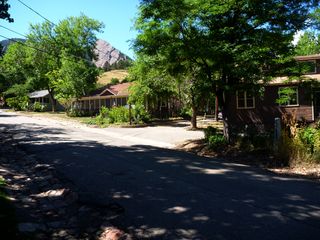 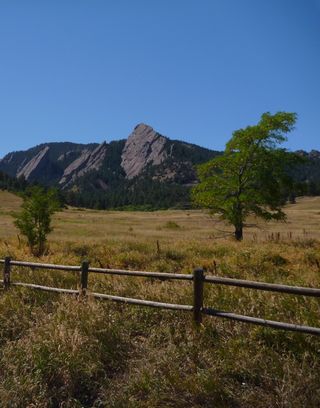 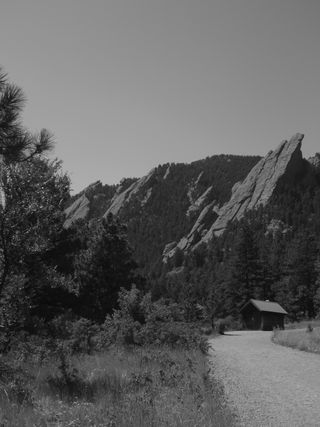 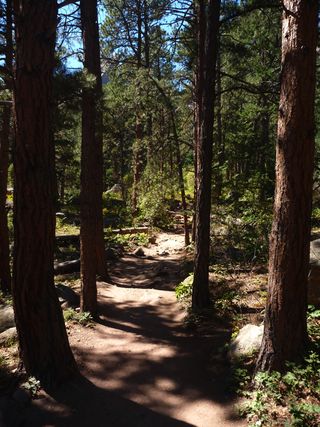 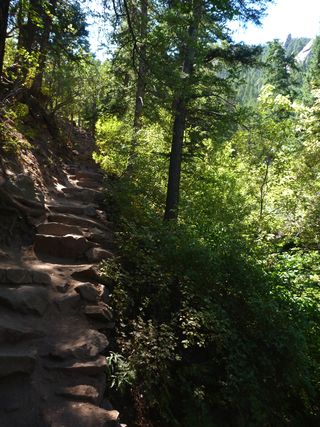 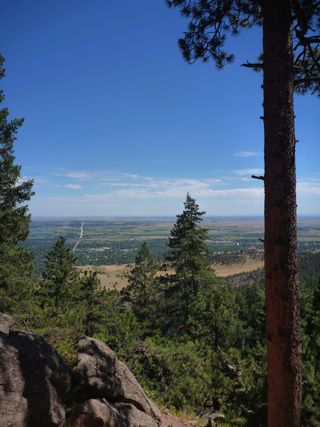 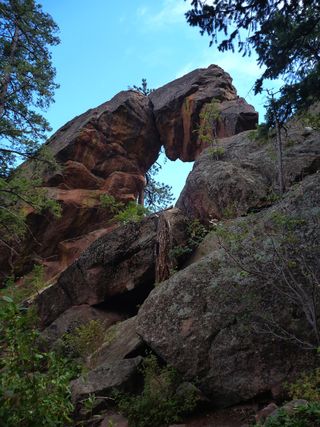 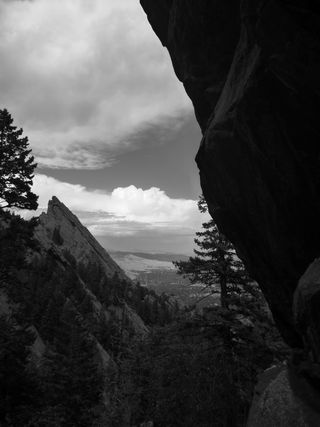 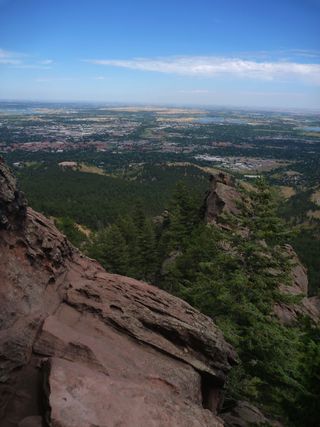 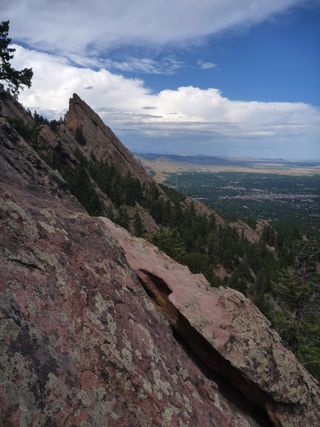 Here is a brief document on the history for the Chautauqua area. 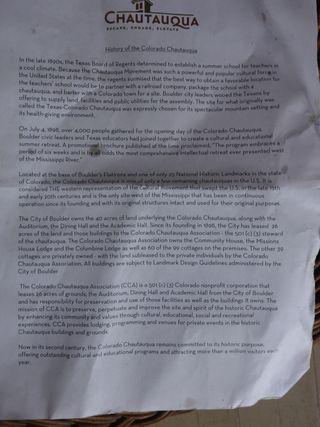 After the brief hike, I checked into the cabin and showered before walking around Boulder and the University of Colorado campus. 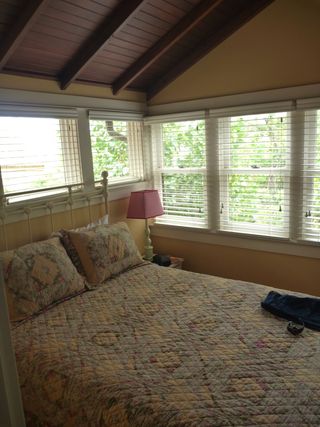 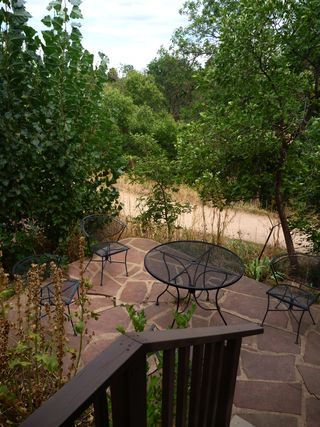 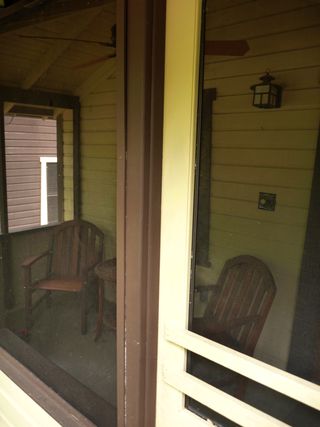 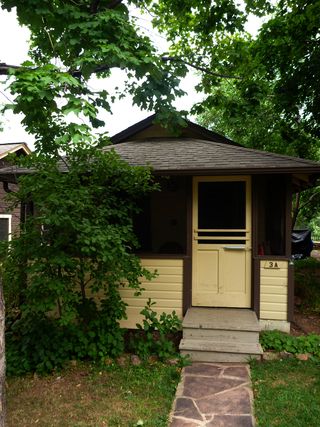 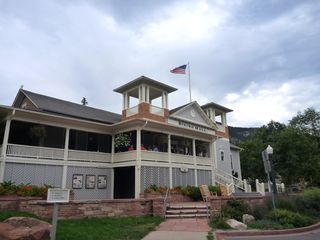 Here is a picture of a local dive restaurant called, "The Sink" It still hurts me to look at. This will become clearer soon. I got a drink and hit the campus 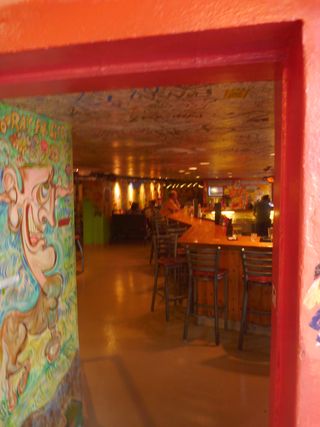 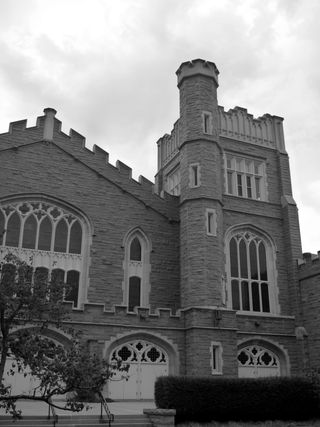 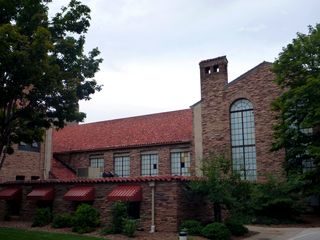 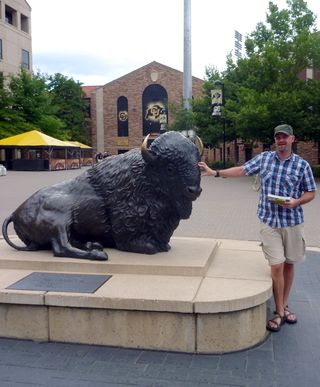 Downtown Boulder has some nice walking streets. I stopped and had a few beers, a Bloody Mary, a Moscow Mule and a Michelada. I rounded out the night with a apple cider. While walking back to the cabin I stopped back at "The sink" for a turkey burger. It tasted great.

I sat on the back porch of the cabin, looked at the stars, listened to some Marley and crashed due to the fatigue of all the travel. 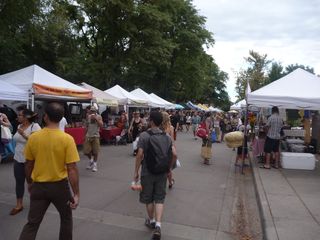 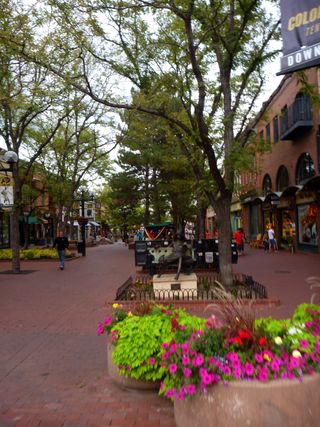 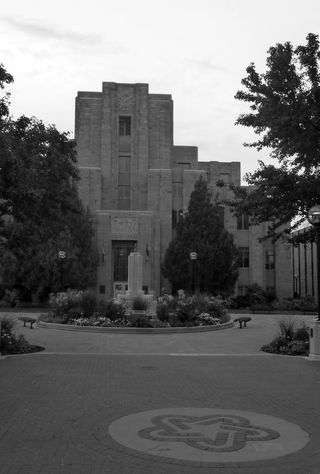 At 1m I was awoken by a weird feeling in my body. I escaped to the bathroom and became violently ill. I desecrated the bathroom. Let's just say I lost about 10 lbs in the next 6 hours and did not leave the floor until 6am. I was cramping up in my legs and my movements were limited to only the essentials. i can only assume that this was from the Turkey Burger.