BoSox and Bluefish in Boston

We were headed to Boston for a fishing trip for a friend from Michigan who is getting married next month. He is a hardcore Italian, so he wanted to taste Little Italy in the North End of Boston.

I got in early in the week to do a little site seeing around Harvard to see if I could "beat up some smart kids." I checked out Cheers and even all the Paul Revere stops along the Boston Revolutionary tour.

The rest of the troop checked in on Friday afternoon and headed to the rooftop for a little eye-candy at the pool. The weather was great and the view was spectacular. We enjoyed the pool for a few hours before getting showered up for a trip over to Fenway 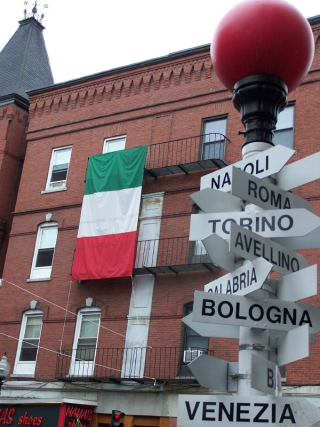 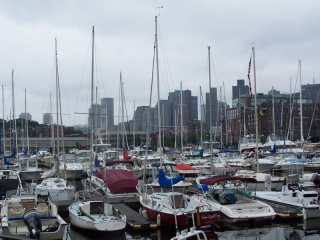 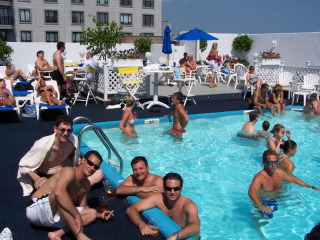 We took a cab over to Fenway and hit the Cask and Flagon for some dinner outside the park. It was an incredible scene of baseball fanatics. I wish Detroit had the same zeal for their baseball team, but our team has sucked for so long the lack of appreciation is understandable. The park itself was pretty cool. It reminded me a lot of the of the old Tiger stadium with pillars all over the park that resulted in some interesting views. I was surprised at how short the Green Monster actually was. The game was pretty ugly for the home team as that got beat down 15-2. I did come about 5 feet from a home run, but I avoided the impulse to maul down a bunch of kids for the ball.

After the game, we headed over to Tequila Rain and did some bowling. We only made it through about 4 frames before we got shuffled out the door for improper use of a bowling ball. We regrouped downstairs and hit the dance floor. As usual, we all ended up going our own way and reconnecting back at the hotel and 24 diner early in the morning. 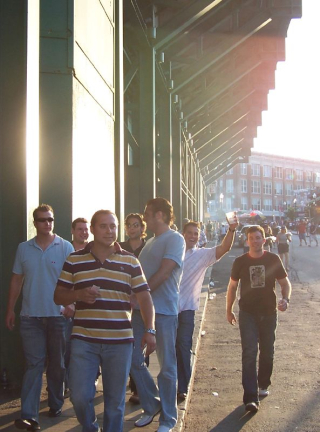 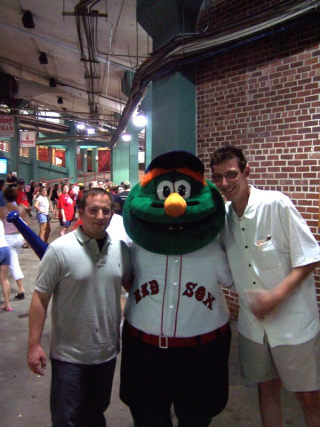 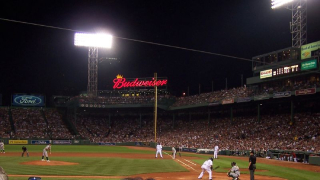 The next day we spent much of the day at the pool before heading off for an afternoon of fishing. The harbor was right next to the USS Constitution, so we got a brief history lesson in the oldest US Navy ship in the fleet.

We packed into 3 boats and organized a little fishing pool for largest and most fish. Our boat lost both, as we came up dry, going for the big one, while the other 2 boats stayed closer to shore and gather a bunch of Bass. 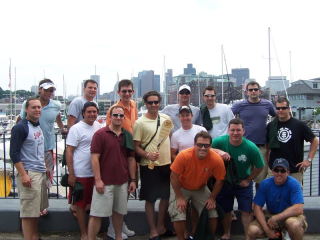 After Fishing it was back to hotel to clean up for the big dinner in Little Italy. We had a private room waiting for us in the North End and a new restaurant owned by former Bruin, Ray Bourque. It was pretty cool as our room actually opened up into the street so guys could just climb out the window onto the street for a smoke break and try to convince the ladies to come in for drink. 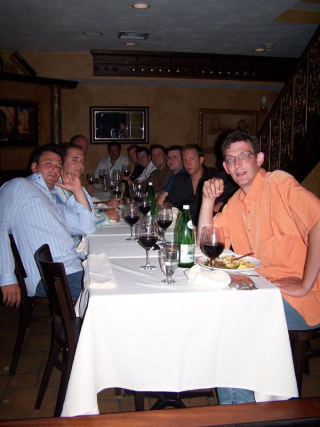 Ray Bourque was not around but called and talked to the bachelor for about 20 minutes. It was pretty funny as we were all Redwings fans and had to give it to Ray because as Wings fan, we hate the Colorado Avalanche, where Ray ended up winning the Cup. The manager took great care of us, throwing us some complimentary bottles of wine and a few toasts.

After dinner we hit the Faneuil Hall area. All I can say is, complete and utter chaos. Boston's bar district is out of control, the streets are packed and there are about 200 bars in a 2 block radius. Everyone ended up back at the hotel at 4:00am, just as I was headed off to the airport for my flight home.

The weekend was awesome and I have moved Boston in my top 5 cities...it does not matter the category...bars, women, restaurants, site-seeing..you name it.