I just had major back surgery. I guess I could do a separate entry on that, but I will give a quick recap. For the last 10 years I have had pain in the lower back. I went through periods where epidural injections helped as the pain also affected my sciatic nerve and my left leg. In the last 2 years the pain in the butt and the leg got to a point where I was unable to walk more than 5 minutes without having to sit. I was taking Rx NSAIDs and Nerve medication (Lyrica) with some success, but I was tired of being inactive. Below I have a marker on my leg that shows they area, in addition to butt and back, that was numb and painful. 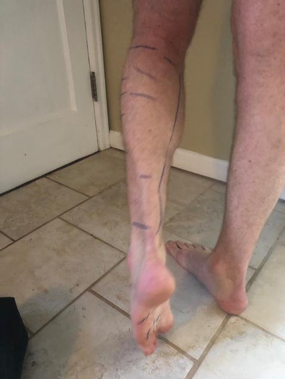 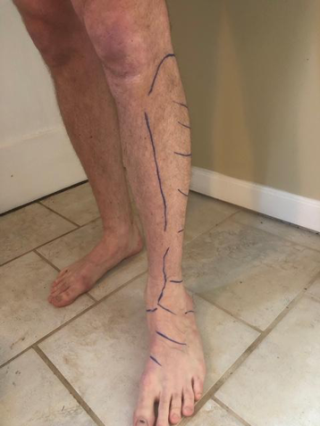 I was able to look at images of dermatones online and match it to the Lumbar 5 vertebrae and Sacrum 1. I dont have images of my Xray before but I was suffering from Degenerative Disc Disease and the discs between L4/L5 and L5/S1 were pretty much gone. That not only affected my back, but it also closed off the openings (foramens) where the nerves came out that controlled the leg.

After going through every conceivable treatment, I started meeting with Neurosurgeons. Originally I wanted to just do a minimally invasive procedure to widen the foramen that was pinching the nerve. I met with a few that would do it, but then I met with one that convinced me to go in there once and fuse the whole area so we dont have to go back later. It was a scary thought. It was a case of high risk, high reward. I eventually decided to go through with it and they went through my abdomen and cleaned out the disc and put 2 spacers in there and screwed then up and down into adjacent bone 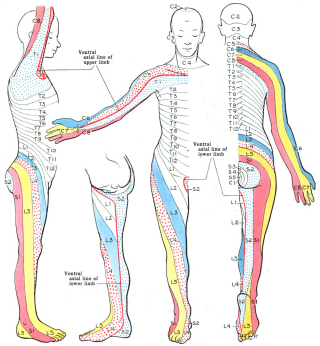 I spent 2 nights in the hospital and recovery has been a long process. I am now about 6 months out and doing ok. I still have leg issues and taking nerve medication, but I can walk farther, so I am optimistic. 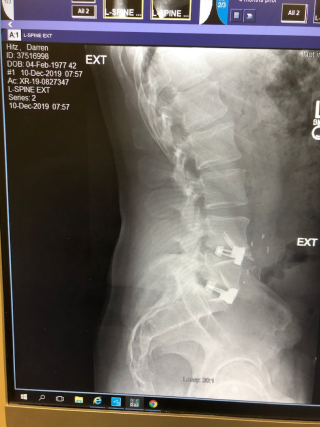 Back to the story at hand. about a month out of surgery I was going crazy. I booked a cheap ticket to Mexico and planned on just sitting on the beach for a week in Cabo San Lucas. I booked a boutique hotel near the beach and was off. Since it was the middle of the summer it was pretty quiet. 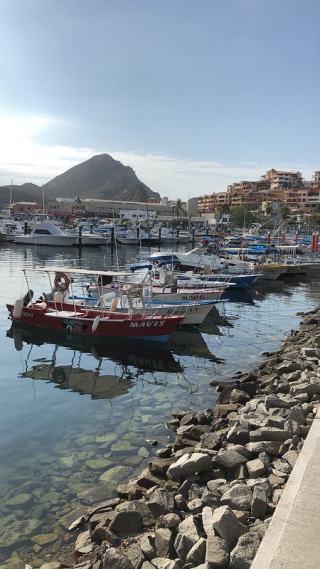 I had to catch a 60 minute ride from the airport to Cabo. The first cab told me $80. I was like, "Get the Fuck outta here", but I soon realized it was a decent distance and that was the going rate. I was able to find a more suspicious cab driver who would take me for $50 and even stop at a local joint for some roadies (beers). It felt good to be back in Mexico. With all my travel to Asia and Europe I missed Latin America as it was where I first started my traveling life and will always hold a special place for that reason. I learned so much not only about the region but also about how to survive on the cheap in a strange land. I wandered the beach a bit. Locals where hounding everyone with trinkets and trash. That's what you get when you are in tourist central. I had to keep telling myself that this was not an adventure. You came to relax and do nothing. Easier sid than done. Drinking helped. 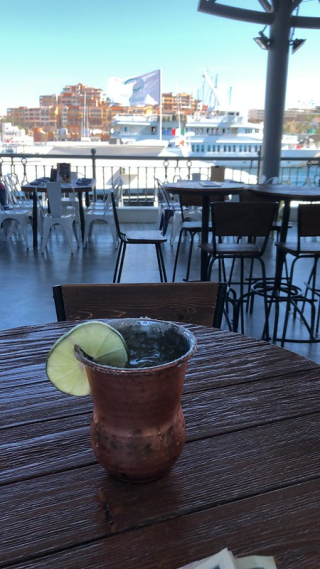 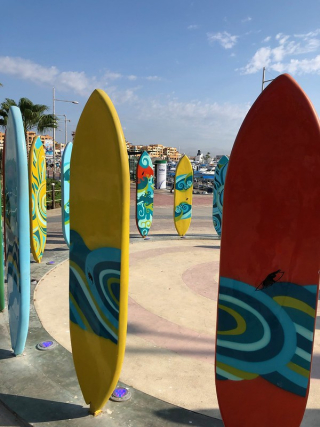 My hotel had a nice restaurant, Esquina, attached to it. This hotel was away from the all-inclusive places. I really was not even planning on staying here. I was going to go from the airport to an even quieter spot, La Paz, but the transportation got screwed up and I just headed here. Anyway it was a place away from the resorts and all the people. 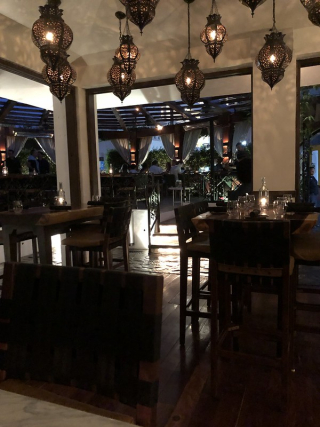 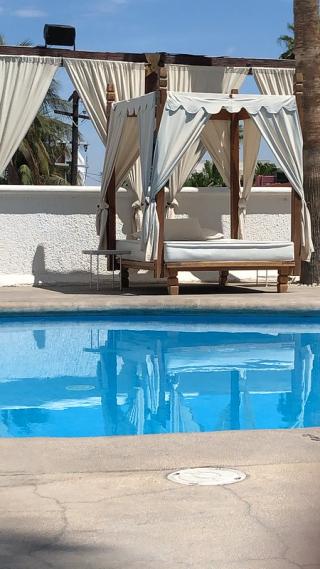 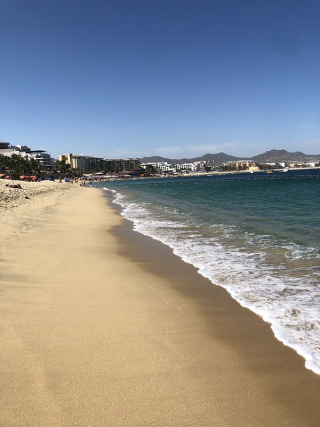 The next day I walked along the marina and had tacos and ice coffee. I could eat this every morning. It is a tough call between this and walking to the food stalls in Thailand for a dose of crispy pork and rice. 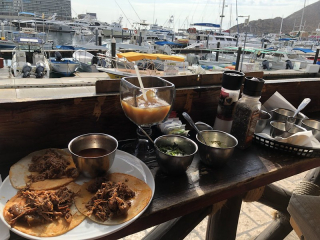 I really could not walk too much as I was on the mend and had a decent amount of pain and tightness. At 930 I made camp at a lounge chair and a place called Mangos. I just sit there, order drinks, go into the ocean to pee and repeat. 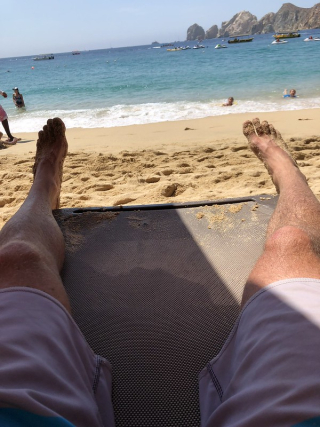 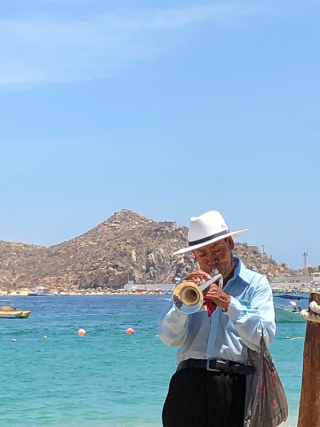 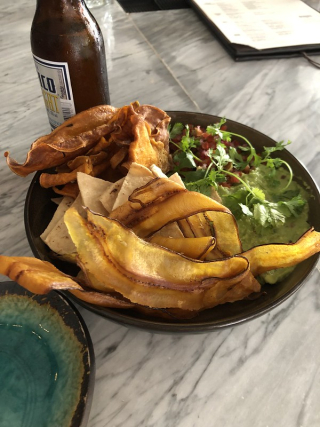 That night I had dinner in my hotel and a couple drinks at the pool and was asleep by 9pm. There are all these bars a few blocks away, but I am pretty boring when I travel. I am asleep early and don't drink too much. I guess even though I am in a tourist spot my travel instincts are to stay in control and don't go out after dark. It can ruin the fun but has served me well.

The next morning I walked farther through the marina and town to look at all the boardwalk bars I passed the night before. 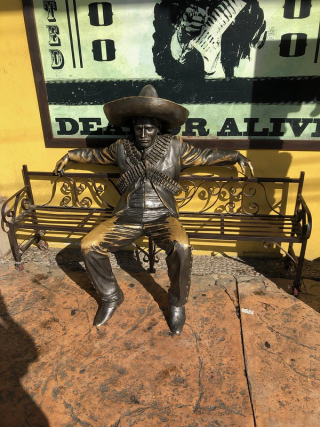 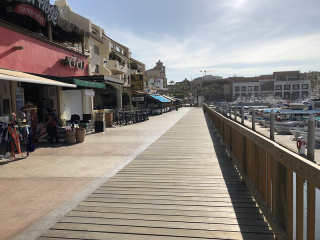 I camped out on the beach again. The place, Mangos, had this spring break atmosphere even though it was kinda empty. They had drinking competitions and various dance things. I did not go to watch but could hear in the background. I did the Spring Break thing in college and found it a bit over-the-top. I sometimes have trouble losing myself in the moment, always thinking, "Man what does that girls parents think of that behavior." And just the macho guys and Bacchanal is  bit much. Anyway, this older couple befriended me on the lawn chairs. I was talking them up because they retired and lived on a boat in the marina. They had tons of money, but i was interested in their story and how they choose to live. I am constantly thinking of how to travel on a more full time basis. After sitting on the beach they invited me to dinner at a place a couple miles away from the beach. It was very high end, even for Mexico. They had a singer and fancy plate decorations, but it was an awesome spot and I really liked the decor. 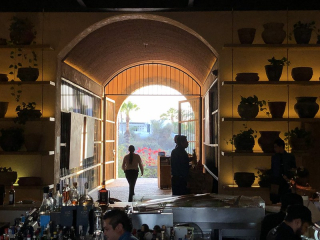 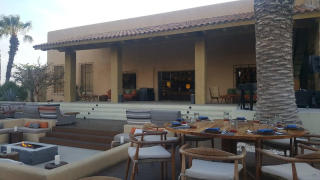 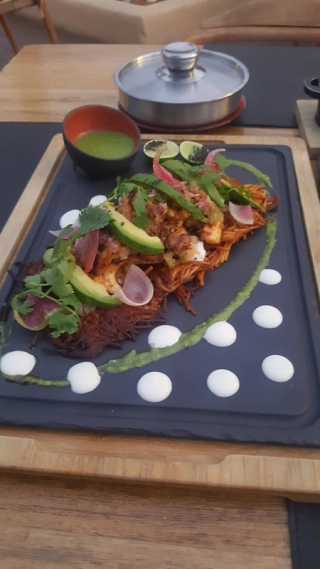 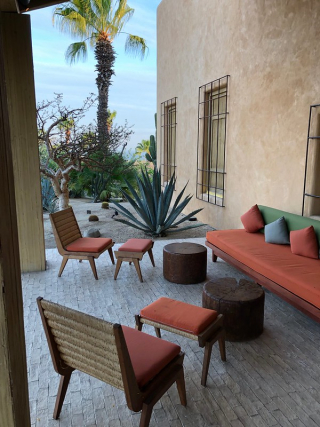 The next morning I walked down to the beach to a new spot for breakfast. I ordered some chilaquiles and coffee and just watched the surf. 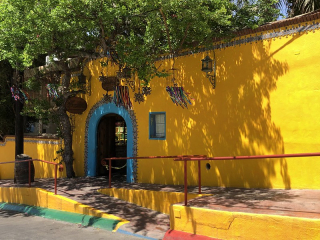 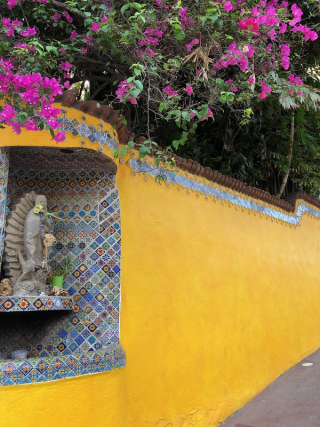 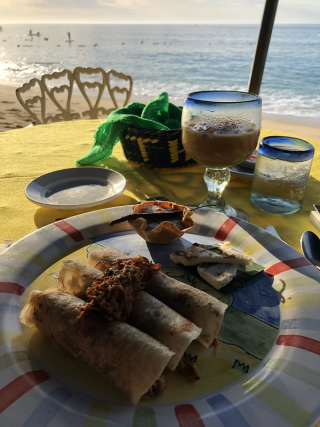 I got a ride into San Jose Del Cabo. It is another town with a bunch of resorts along the coast, but a cool vintage town. I figure when people come to Cabo they come to Cabo San Lucas the first time to see the shock and awe, but on subsequent visits they stay near San Jose for a more relaxed authentic vibe, or at least that is what I would do. 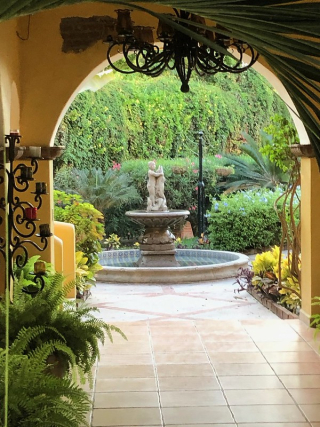 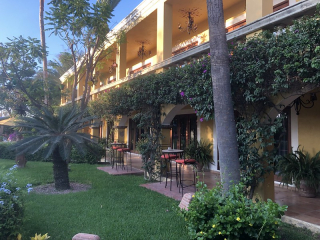 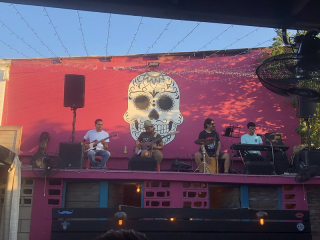 Above was a cool little taco spot where the band played above you on the roof. I could see myself chillin' in this town for a while, but it was still just a bit too touristy for me. Again I was back in hotel early. In addition to going to bed early cause I am boring, I wanted to avoid running into anyone physically. At this stage in healing if anyone bumped me I pretty much fell on the floor in pain. I know, I know, what the hell am I doing here.

The next morning I sat by the beach and just thought about life and my back and how hard I worked to get ready for surgery. I dropped a good 30lbs in the 6 months leading up. I was slowly putting it all back as I was limited in my activity, but I bought all new clothes at my lower weight and tossed the old ones. So as long as I fit into the new set, I had good limits. 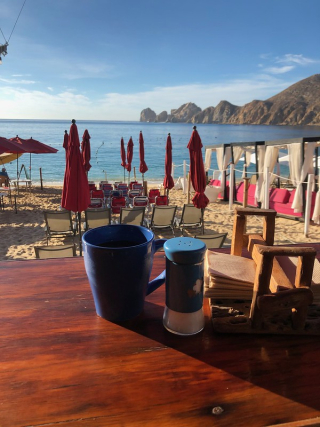 A quick trip for some relaxation. It was hard to just relax and turn my brain off. It made me realize, that no matter how hard I try I just can't sit on a beach for more than 2 days.