I was not planning on going anywhere until my trip to Asia the second week of March but I had to burn some miles.

I have spoken before about my love/hate relationship with Spirit Airlines, but I had reached maximum frustration. I cancelled my Spirit credit card after learning that they are now charging $100 each way for carry-on bags. It wasn't that big a deal as I have pretty much travelled to all the places they fly in Latin America. What it did mean was that I had to use up my miles or lose them. So I booked a trip to Mexico in January and one later in May to Guatemala that is subject to change.

Here is a map of the planned route. 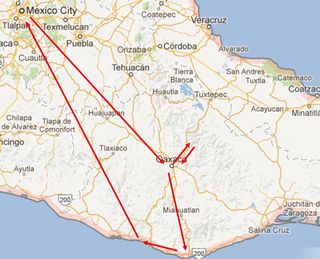 Basically, I was to fly into Mexico City, catch a bus 6 hours south to the colonial city of Oaxaca. From there go hiking up into the Sierra Norte Mountains, followed by a 7 hour bus ride down to the Pacific beaches near Escondido. Finally circle back to Mexico City for the flight out.

I named this blog after a book by Graham Greene. The story is about a drunken priest wandering through the small pueblos of Mexico, trying to evade the military. Seemed accurate, all except the priest part I guess.

I was stuck in Florida for a few extra hours before touching down at Toluca's international airport. Unfortunately Spirit does not fly directly into Mexico City, but rather a city 1 hour to the West. 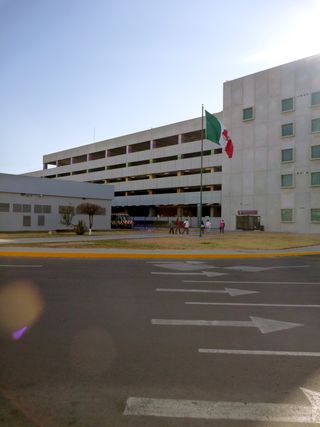 I needed to get into the city and there was nothing but cabs around. Eventually I was able to convey the need for a cab ride to the bus station in Toluca where I would catch a ride to the metro station near the city. I probably should have had a better handle on this before getting off the plane, but it all seemed to work out.

Taxi that drove me to bus station 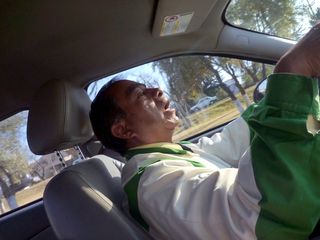 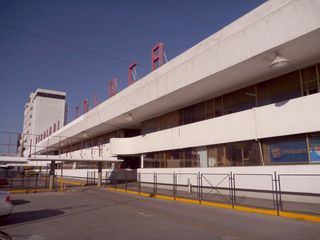 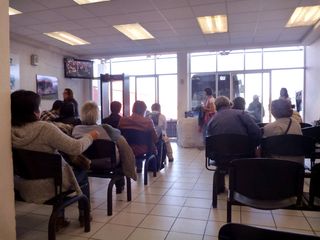 Bus on way into Mexico City 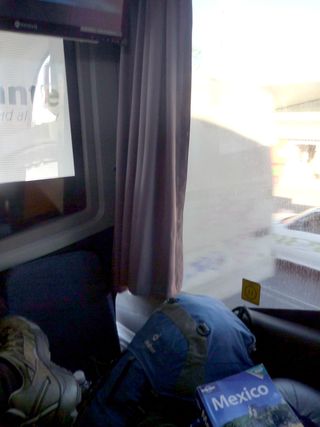 I got out of the bus and struggled to find an entrance into the Metro station. 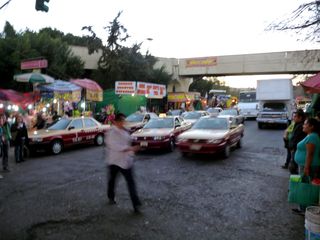 Here is a map of the subway system in Mexico City 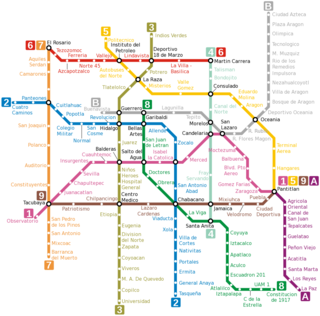 Mexico City is the largest city in the Western Hemisphere at 22 million people. It is as large as the whole continent on Australia. I arrived at 5pm, so the Metro station was out of control with the after work crowd. 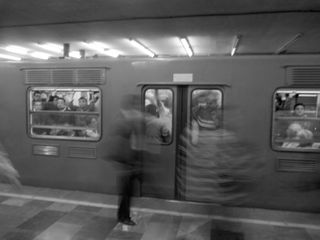 People were jamming themselves into the cars. It took multiple tries to close the doors as people had to suck in their guts (another story) extra hard. I was paranoid for pick pockets so I was constantly checking my backpack and pockets. I bypassed the city and continued on to the bus station that serves the southern part of the country. I purchased a ticket for Oaxaca that left at 11p that night. With ticket in hand, I reboarded the Metro and went into Mexico City to kill 4 hours, see some sights and locate the Hostel I was going to stay at for the tail end of my trip.

I emerged from the Metro station at the Zocalo (main plaza) where all of the government buildings reside. 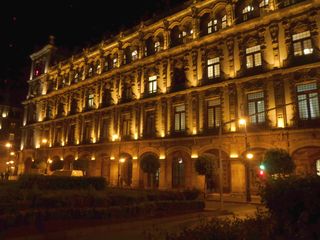 I walked over to the Hostel Mexico City and reserved a private room for my birthday in a few days time.

I asked the lady at the desk for a good bar/restaurant. She mentioned one a few blocks away. It took me a bit to find it, but eventually settled in as the only patron and ordered some beers and a sandwich to toast the smoothness of the day's events. 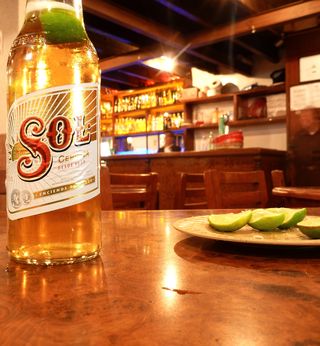 After a couple drinks I got up and checked one of the Taquerias, Los Cocuyos 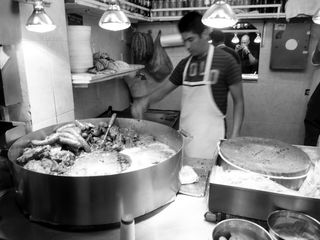 I am in the background of the bottom photo. 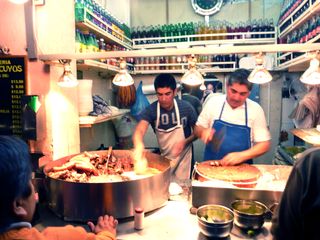 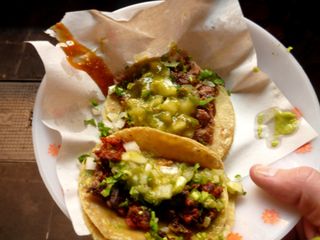 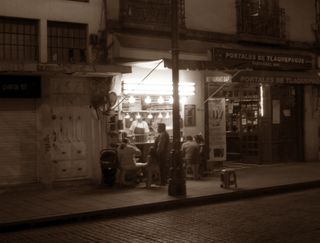 I looked into the vat of meat and just pointed to some chorizo and braised beef. I stood clear of the fried innards like tripe and sweetbreads. I pulled up an overturned 5 gallon bucket and enjoyed food and the vibrant city streets. 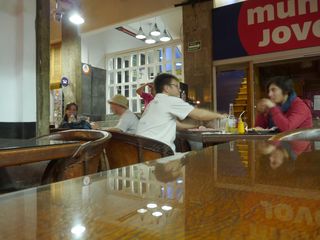 I often stay at this chain, but was feelin a transition taking place. I was surrounded by 20-something white people. I was happy not to be staying here and vowed to not stay at them in the future if at all possible to get a little closer to the traveler mentality and away from the tourist moniker.

I caught the last Metro car back to TAPO bus station. The place was packed at 11pm. It is a different world to be sure. If I was in the US I probably would not be hanging out in train station. If a car ride was over 5 hours I would probably check flights, but here everyone goes by bus and flights are an afterthought. Yes, a great deal of it has to do with pricing, but there are 3 classes of buses and each one leaves every 30 minutes. The first class busses are better than any bus I have ever been on. I went up to the gate 20 minutes before my scheduled departure, and they waived me away. This happened 4 times before they allowed me to board at the exact departure time. They are quite efficient. No 45 minutes preboarding crap around here.

I donned my blindfold, put in my ear plugs, slammed some sleeping pills to mix with the alcohol in my system and was asleep in minutes.