Thanksgiving weekend and we had some time on our hands so my brother and I decided to test out our luck at winter camping. We headed to Northern Michigan and to our surprise the day before the area got dumped with about a foot of snow...a true test.

Here is the directions we followed from Detroit

Below is the map of the trail system 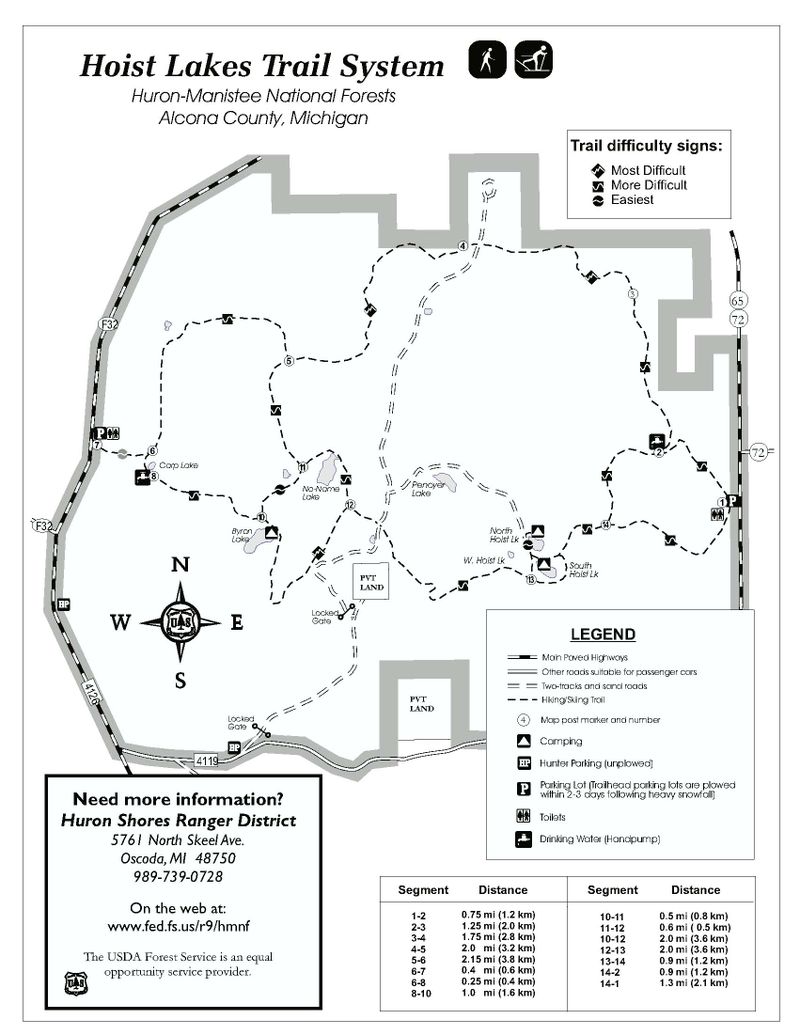 Our basic plan was to drive up and reach the trial head by mid day. Then hike in 2 miles with overnight packs, camp for the night and then do 14 mile loop, grab our packs back at camp and head back to the car.

Below are some pictures of the trail head and us loading up for our adventure. You will want to notice that I have an orange hat on and my brother has a brown jacet. This will come into play in a bit. 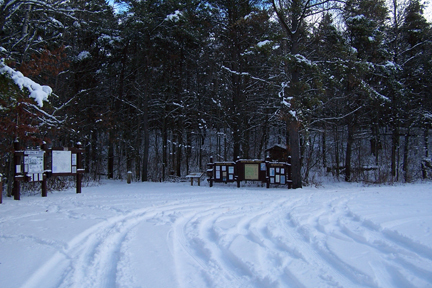 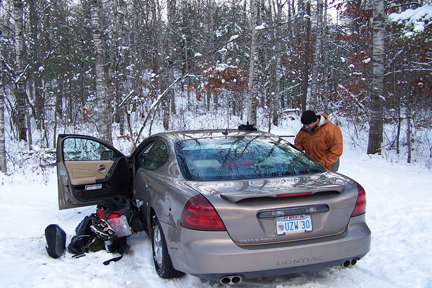 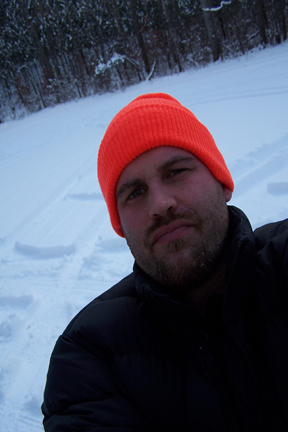 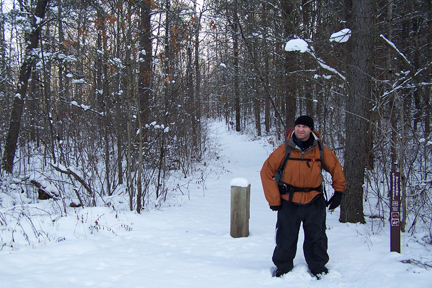 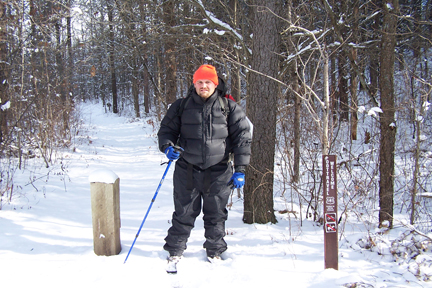 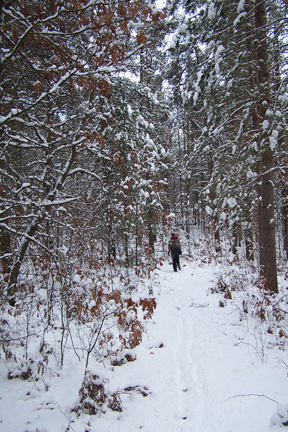 After a couple of miles in we found the rustic campsite and circled around for a bit and found this already-built fortress of solitude. I was eager to plug some holes and call it home, but my brother (Sally) opted for the tent. 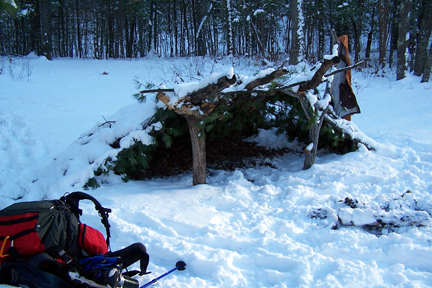 The spot was perfect, right next to the lake, it was too bad I did not bring my fishing pole. Of Course the foot of ice over the lake may have made that a bit difficult this time of year. 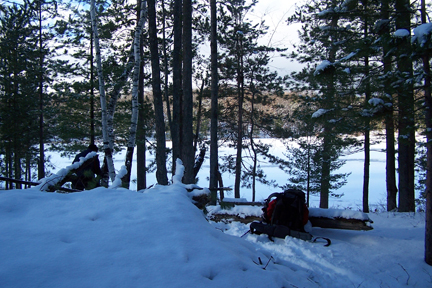 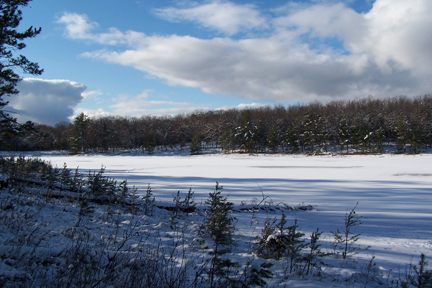 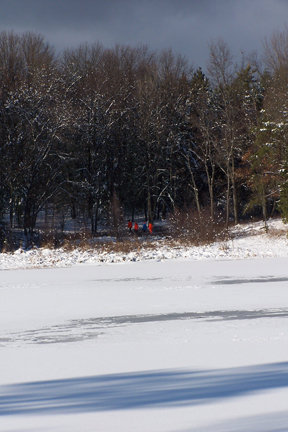 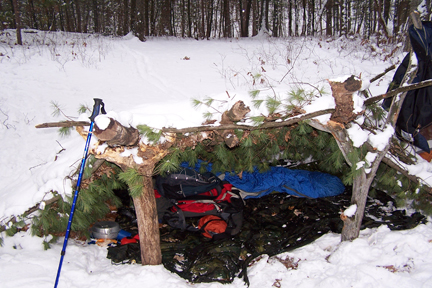 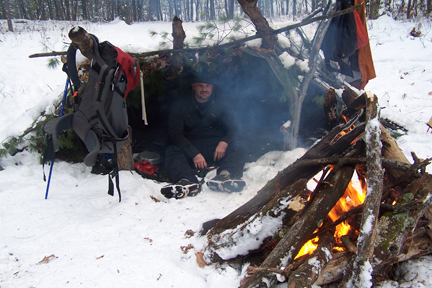 We gathered wood, the tree saw was crucial for this part, and then set up our gear and cooked some Mountain House dinners. As we sat around the fire at 6pm drinking whiskey we started to get a little colder. Every five minutes my brother would ask me what time it was, thinking it was like 10pm...I would reply, "No it is 6:00pm, or 6:30."

I crawled into my sleeping bag at 8pm, which led to an early 4am wake-up call. I got up and kicked the logs a few times, getting the fire going, and packing up my pack. 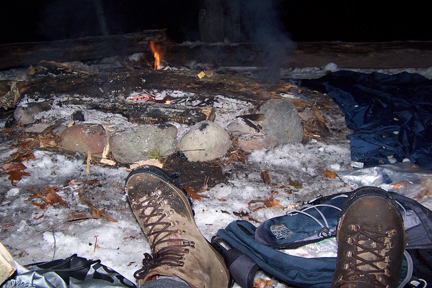 My brother got up about 6 and we made some oatmeal and hit the trail. We followed the North trail, which was a bunch of up and down. This added with the snow made for a tough journey. Since we were in hunting grounds, we had to be careful. It was a bit funny as we walked upon a hunter and I was about 10 feet behind him without him hearing me. I did not know what to do, wondering if there was a call among hunters that announce there presence , like "Thunder" and "Lightening". So I tried making little chirping noises with no success. Finally when I was standing right behind him I said hello. He swung around with his rifle, and said, "Oh, Hi!" I made small talk and kept walking, a bit scared.

Later in the day this hunter yelled out to us "Why the hell are you wearing brown?" Referring to the picture in the beginning my brother decided to wear a brown jacket. I was going to say something sarcastic to the hunter but quickly realized that he had a large projectile firing device and I had a stick, so I left with, "Thanks, have a good idea."

I often wonder how people get shot by hunters. I understand stray bullets, but these guys have scopes. Do they sight up some person with a brown jacket and say, "It looks brown, that matches a deer, but it is walking on 2 legs, oh well we will figure it out when I go gut the carcass." 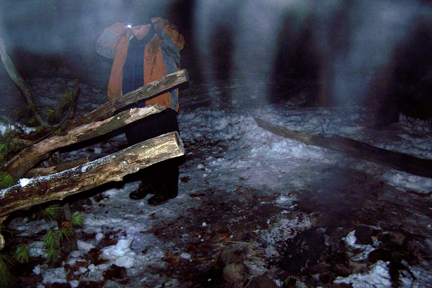 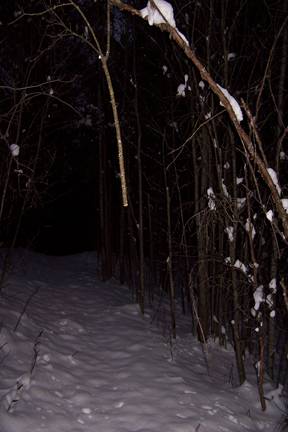 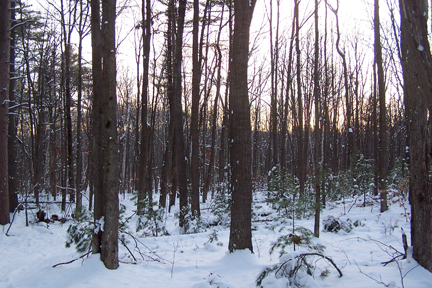 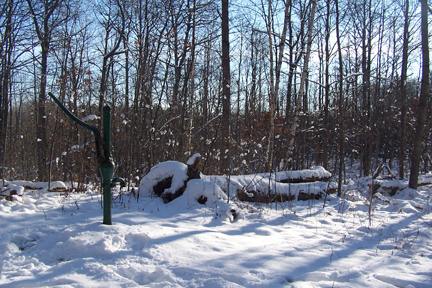 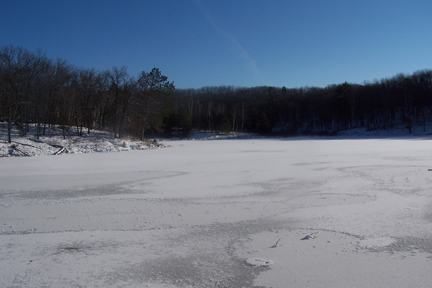 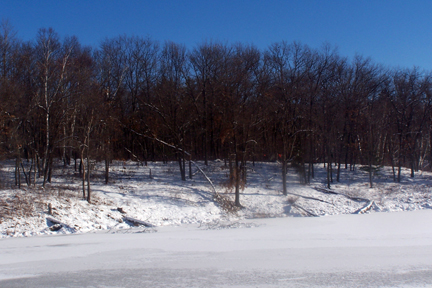 It took about 6 hours to run the remainder of the trail and headed back to the cars. It was our first overnight camping in the winter and very well could be the last without snowshoes as the hike was a killer.