I recently had the pleasure of escorting a group from a local Midwest university on a day trip to the dunes in Northern Michigan.

I picked up this great Jeep Grand Wagoneer ('86) with wood panels, and bought a hammock, thinking I could use it in place of a tent when hiking (hammock , not the Jeep). So, I got a space along Lake Michigan, tied my hammock from a tree to my Jeep and settled in for the night.  At about 3am it starting pouring, which gave me a valid excuse to climb into the jeep. I say excuse because I could not sleep in the hammock, but was not going to let it beat me.

So the next morning I cooked a little breakfast and headed over to meet the group for lunch.

They happened to be the Alumni Relations Department from the University Notre Dame, and since it was before the football season actually started, we were discussing our potential national championship run (I went to Notre Dame back in the day). As the season has played out, we found that the  championship is a bit further out of reach than first anticipated. 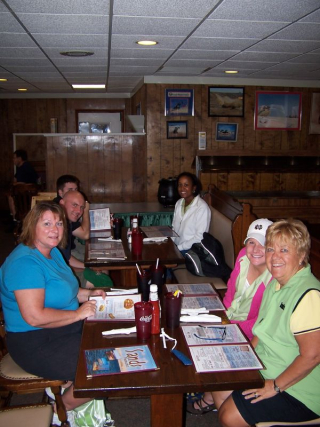 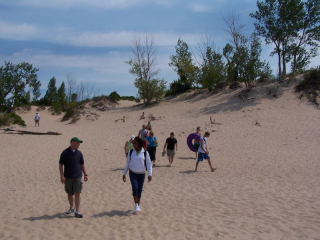 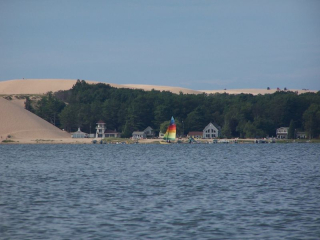 After having lunch at the Sands restaurant, we split up into 5 jeeps, slipped them into 4-wheel, dropped the tire pressure down to about 15 psi and hit the dunes.

It was a shaky start as no one made it up the initial hill on the first try. You really had to punch it and everyone was a bit skittish.

Well, after that first hiccup, speed was no longer a problem, in fact, my group made sure we did not lack momentum ever again. I was riding in back trying to take some pictures, but I spent most of the time bouncing off everything, barely staying in the vehicle. 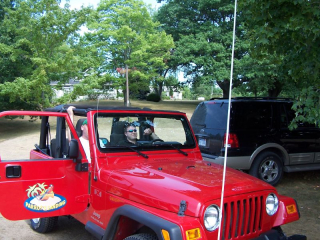 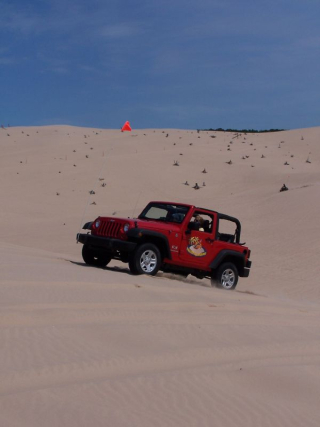 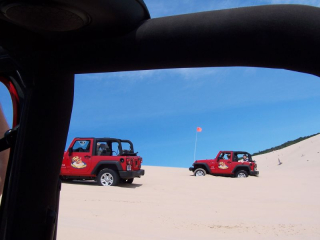 Halfway through I switched seats and took shotgun for the second half, letting someone else enjoy the amusement ride going on back there. It was a lot more chaotic then I expected, as you had Dune Buggys and ATVs buzzing around and if you were not careful, you can really get into some trouble. We came extremely close to burying our jeep into a dune and ruining the transmission as we nosed into a hill at about 30 mph. Not normally a big deal but we happened to be airborne and on the way back down to earth when we hit the upslope. 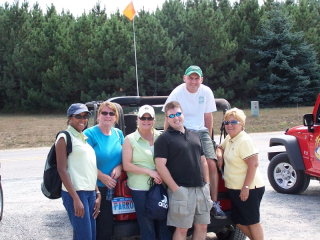