It's time for annual Bike Trip. Year 1 was Vietnam, Year 2 was AZ  and now year 3 we planned on flying into DC, blasting down to Roanoke VA and taking 6-7 days to work the backroads up through VA/MD/WV/PA. 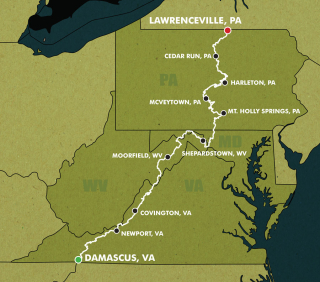 As we did last year, we basically followed the route laid out by the Backcountry Discovery Route (BDR) group.  To prep I watched the video of the BDR people running the route and downloaded all the GPS files. I loaded the motorcycle route app for iphone and uploaded the GPS files into that. I then downloaded maps of the entire eastern seaboard onto the phone so the GPS route would sit on top of maps when we did not have cell service. I also had to download (offline) the GPS routes since I would not be able to launch the app completely without cell service. This worked because even though we did not have cell service, satellite through all phones allowed us to track our current position on the offline maps. I mounted the phone on the handlebars and just followed the orange line. It was not the easiest of tools for turns, but I will get into that later. After we finished a section I saved the route and it looked something like this 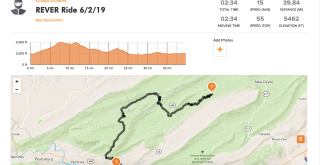 I learned a lot of this the hard way after experiences in Arizona last year. In addition, Rever made some updates to the beta version. In case the whole iphone GPS failed, Joe brought his Garmin with loaded routes. I really didn’t trust that because when I loaded the GPS routes it kept showing its own fastest way between the 2 points as opposed to following the intended backroads. As a double backup I made a rollchart. Here is an example 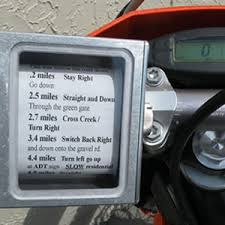 It is basically for people on old school rallys. They would be given the charts at the beginning of the race and try and follow it. Fortunately we never had to use it. It was a bitch to create, tracking each left and right turn on google maps, but I knew if I got us lost, the guys would have disemboweled me within 5 minutes.

With that out of the way we can begin the actual trip. The players are the same as last year: Rob “Rope Swing” Rasor, Joe “Gas Log” Pellegrino, Chris “The Punisher” Degarmo, and Darren “Gravel Dog” Hitz.

Since we were starting from DC, Rob and I flew in from Detroit on a Friday night, giving us a day to load bikes with supplies before heading out Saturday morning. Joe is in charge of maintenance on this trip, as well as basically anything to do with bikes including supplying them. He had bought a Honda CRF250L earlier that year and held onto it for me to ride. I like the smaller lighter bikes. It is not ideal for paved stretches but is easy to maneuver on offroad sections. Also if you drop it, it weighs half the amount as some of our other rides. Rob was riding a Triumph 800 Joe already had in his stable. Joe opted for a BMW 750. If your saying to yourself, “this seems like a lot of bikes to have in your yard” then you would be correct. He also has a Harley Davidson nestled in there. He has an addiction for mechanized machinery. 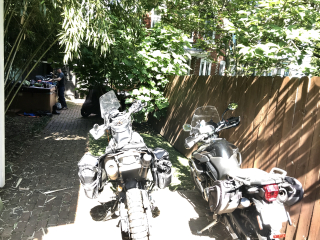 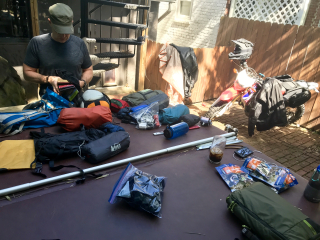 Chris lives close to Joe and managed his own KTM 790. Everyone was trying to get lighter than we were in AZ with the BMW 1200 and African Twin. These were a step down, but I think they could have knocked it down even more, but it is hard to balance the best bike for a mixed terrain ride. 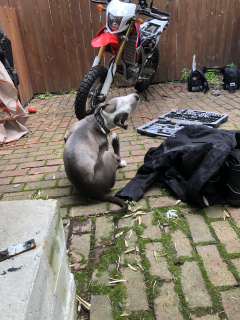 After taking our bikes out to REI to load up on meals, propane, and coffee we spent the rest of the evening relaxing at local drinking establishments 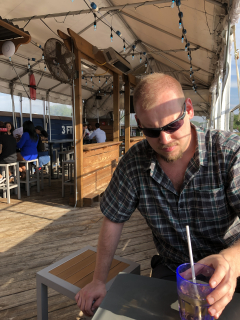 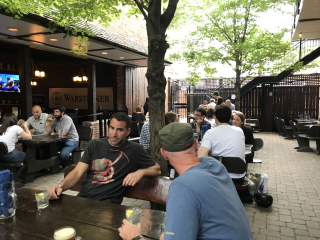 We had dinner at Laotian Restaurant. It was a Tip of the Cap to our planned Unexploded Ordinance Ride for 2020. The meal was on point, leaving us excited for the potential of eating similar grub for a nice 7 day stretch next year. 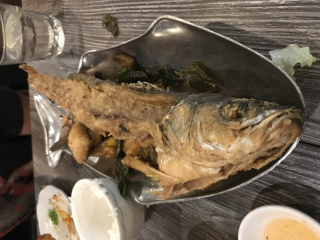 A couple more drinks after dinner, but we really did not hit it too hard as a long day of travel that day and wanting to be fresh for the long ride coming up. 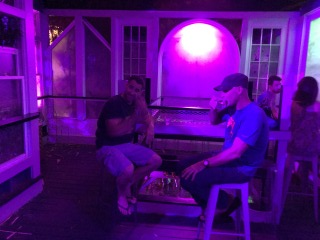