I was up and on the road by 10am. A little later then I would have liked but I needed the rest. I was originally planning on heading back East towards Mt Hood stopping at this cool Natural Springs (Bagby Hot Springs)

But I was behind my schedule and opted to continue north along Route 5 straight into Washington.

My first stop was Mt St. Helens. I got off at the exit and went to the visitor’s station. I snapped this shot 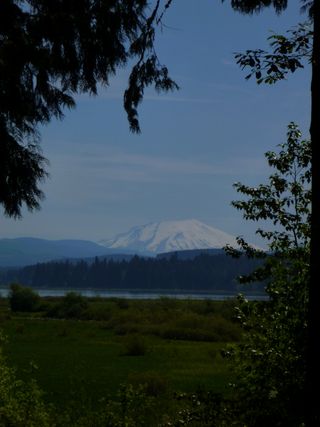 It was another 3 hours there and back to get to the next observation station. There was too much snow to hike, and this really wasn’t a National park so I opted to get back on the road and use my extra time at Mt Rainier.

Stopping at a gas station I ran into a favorite band of mine, well not really my favorite, but of course I said that at the time. Roger Clyne and the Peacemakers. 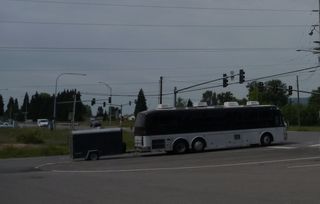 Here is a general Map of Mt Rainier.

I came in through the SW corner at the Nisqually entrance. I passed the Longmire visitors center and made my way up to the Paradise station. This was as far as one could go due to all further roads being closed. 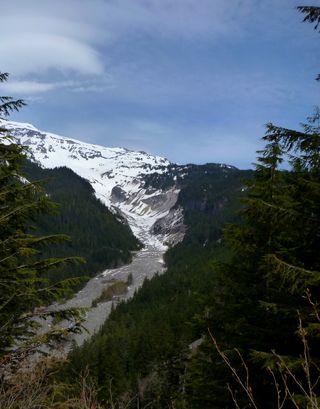 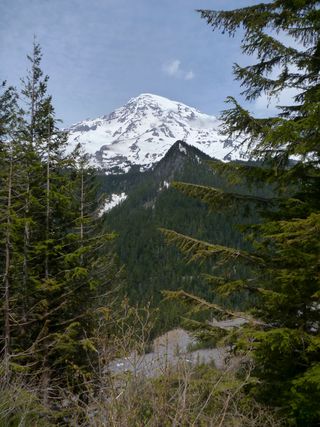 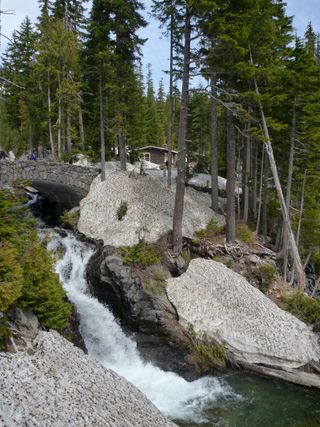 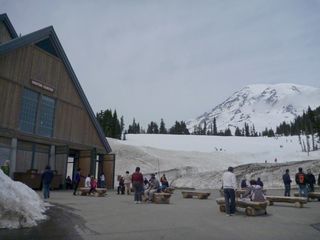 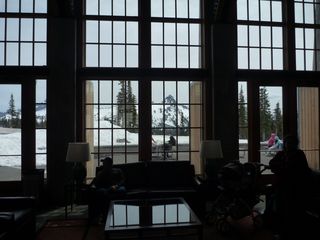 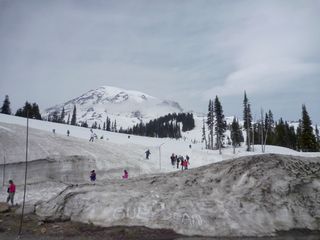 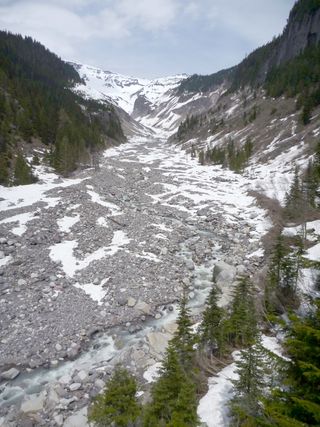 I headed back down to Longmire and did one of the only trails available, Rampart Ridge Trial 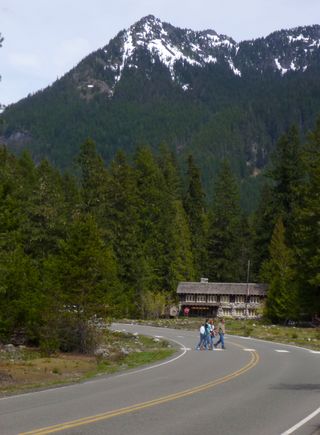 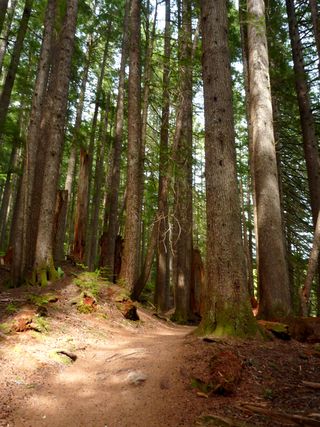 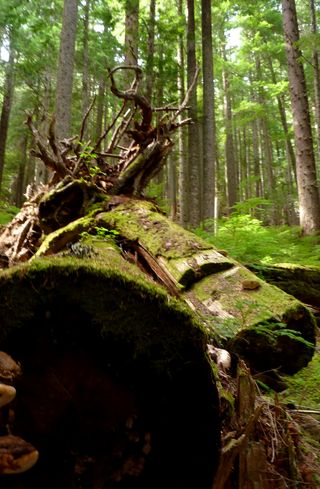 It follows a loop heading left on the above image up a steep switchback incline of 1K feet, which is kinda visible looking down from the below image 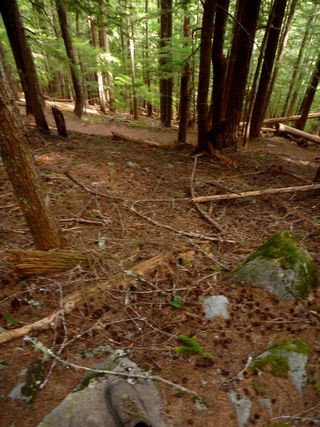 I was moving fast again on this trail and was averaging about 3.5 miles/hour, including the uphill, which meant frequent jogging. I felt like I was behind schedule for making Seattle, and I am sure I looked the fool on the trail.

Once you get to the ridge, you turn back northeast for a few miles before coming back down on a more gradual descent. I was in shorts and a T-shirt, and the top of the ridge was covered in snow. So if I did not look like an idiot before I sure did now, running through 2 foot snow drifts 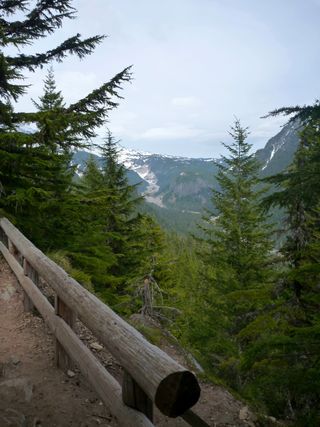 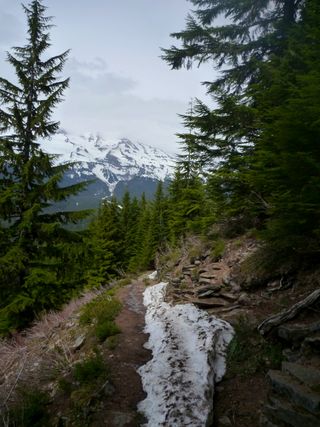 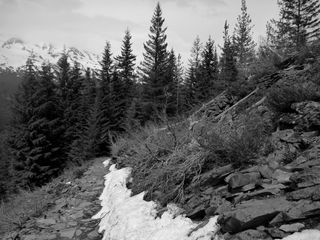 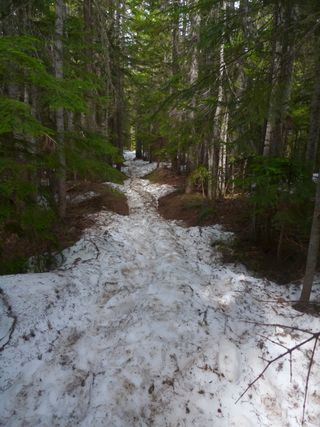 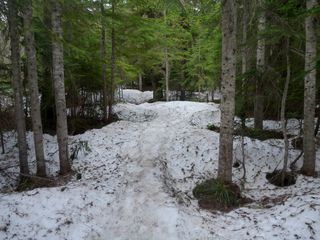 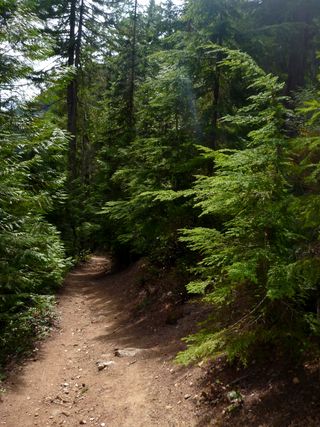 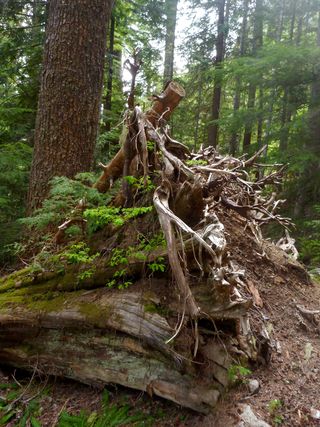 Heading out of the park I saw these Elk 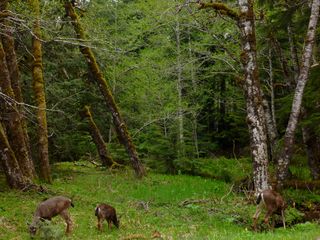 It reminded me of a joke I heard by the comedian Louis C.K.  He talks about how he lives out in the country and when people are not used to seeing deer, they always stop along the road and stare, but once you get used to them you begin to hate them. They just stand in the road and you find yourself yelling at them to move, or pissed cause they are eating everything in your yard. His routine quickly spirals down into ways of mutilating deer, but I found humor in the fact that I and everyone else were stopped along the road just starring in awe.

I made it into Seattle around 5pm and used my now classic Kayak.com routine to book a Hilton in nearby Bellevue WA. I took a shuttle into town (3 miles) and hit the required tourist spots.

The Fish market was closed and I bet it is pretty cool during the day, but que sera sera. 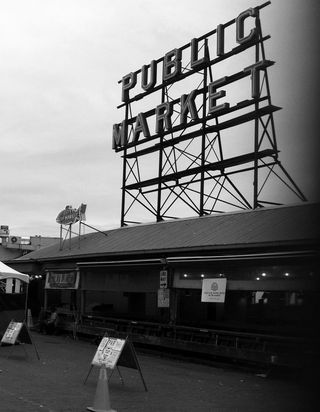 I headed down to the wharf and walked by all the tourist, able to tolerate about 5 minutes before escaping 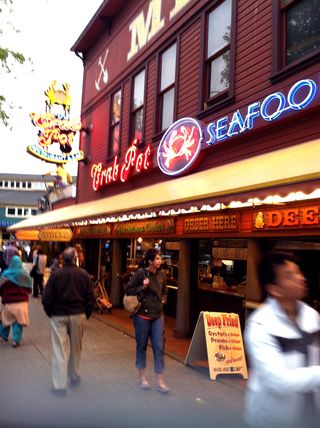 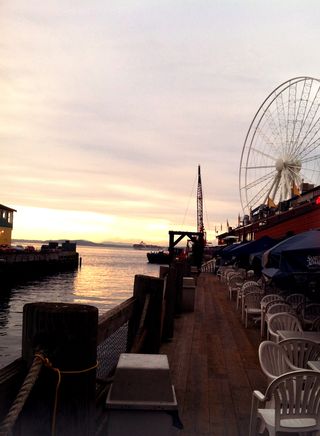 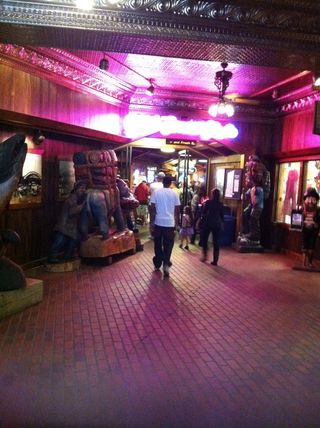 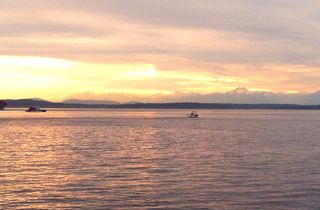 I found a local Hostel and asked them where the no touristy bars and restaurants were located. They directed me a couple miles up to Capitol Hill area. I found a lot of cool spots and settled on Bimbos Cantina

I was on a fish Taco kick, and this seemed like a good spot. I met some guys familiar with Detroit at the bar. And made a tour of four or five spots in the area before cabbing back to the hotel. It was a pretty tame night for me.