It was a Friday in the month of April. I had convinced all my buddies to go rafting in West Virginia as opposed to the typical weekend in NY or Chicago that we were used to.

Everybody checked into the Charleston hotel. We began sharing the same stories from college that we share every time we see each other, which never get old. Boarding the shuttle for the restaurant, we were greeted with a private room and a top-shelf meal. Cleaning the restaurant out of all their clean shot glasses, we reboarded the shuttle for a swanky little martini lounge downtown. 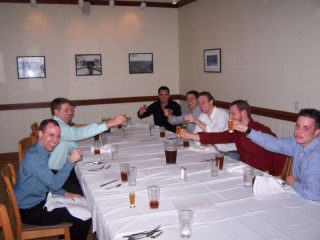 Around 11pm we hit the dance club. JR got his chance to do his best Riverdance impression on the main stage, a talent he kept secret for all 4 years of college (That is him on left talking to random girl) 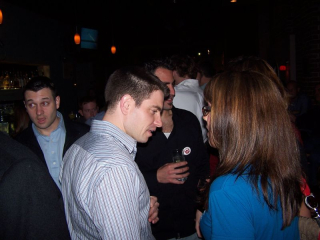 Morning broke, and surprisingly, everyone made it down to the lobby with enough time for breakfast before climbing into the shuttle...except me.

I woke up to everyone in my room, including shuttle driver, wondering why I was not downstairs. This was quite comical as I had beat into everyone the night before how if they were not in the lobby by 8am, we would leave without them.

Eventually we were off and our river guide, Ted, filled us in on all the things to watch out for: slow kids playing banjos, men beckoning you into the woods with shotguns…you know, the usual. 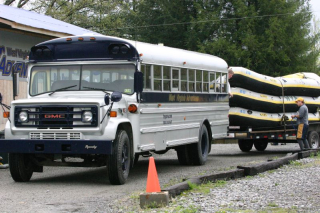 We all realized this was no Huck Finn float down the river experience. I manned the front of the boat and realized we were in for trouble when our guide was showing us how to carve our paddles through the waves; only problem was that he was making these motions about 2 feet over his head.

We got into the rapids, and the best way to describe it is just a mass of bodies falling all over each other in a blind frenzy. The guide is yelling at us to paddle, but that was the last thing on my mind as I tried to just keep from getting tossed into the river 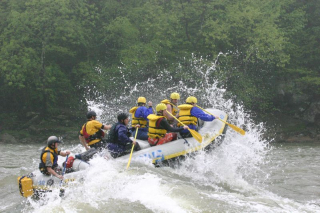 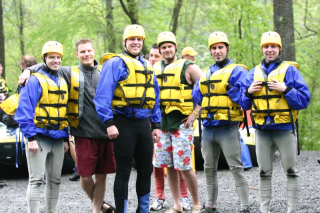 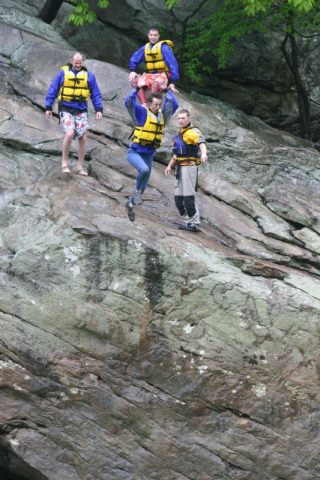 After an incredible day of rafting, we ended up back at base camp where we watched the video of the trip, commenting on how every picture of me showed me paddling feverishly, unfortunately my paddle never touched the water.

We moved over to the picnic area to warm up around the bonfire all just staring at the roasting pig like a bunch of savages on a deserted island.

Once we gorged on some BBQ pork, we headed to the house in Fayetteville we had rented for the evening. We broke out the poker set at the house and engaged into a 2 hour Texas Hold ‘Em Death Match. 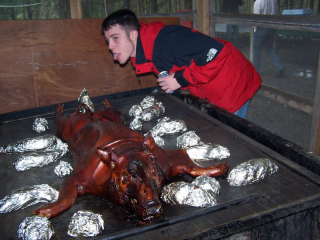 At 10am we struggled out of the house and into the shuttle. Our guide gave us the scenic route back to Charleston, and without sounding too feminine, it is actually beautiful country, especially for those of us that think beautiful countryside is the potted plant at the end of our cubicle farm. We got to the airport, and everyone said their goodbyes. The company was born. 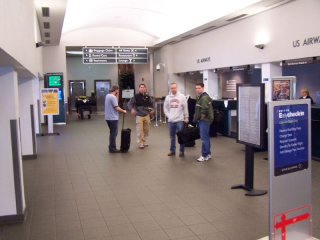